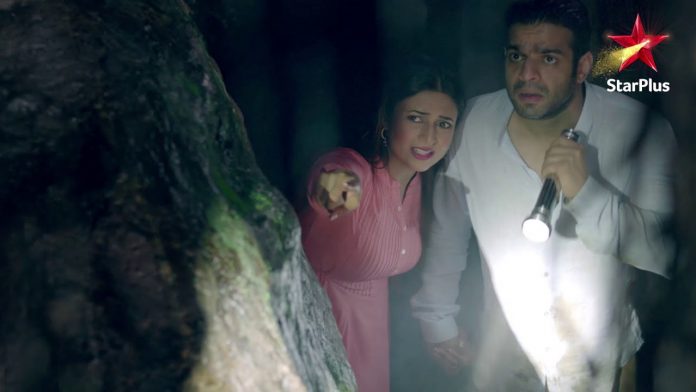 Yeh Hai Mohabbatein: Huge troubles for Raman and Ishita ahead… Ishita and Raman get hopeful when the rescue team tries to reach them. The officials drill the rock and make an opening to reach out to them and communicate. Ishita tells them that Raman is really in a bad state because of his bullet injury, he needs immediate medical attention to survive. She worries when his pulse gets dropping. The family tells Ishita that they all are on toes to rescue them. They give an assurance that everything will get fine. Parmeet wants Raman and Ishita to die at any cost. He takes a disguise of a rescue team official and goes ahead to blast a dynamite, when the dynamite plan of action was cancelled for Raman and Ishita’s safety.

Parmeet wants Raman and Ishita to get crushed under the rocks debris and buried inside the cave. He blasts the dynamtite, which makes the ricks fall deep in the cave cavities. Ishita worries for moving unconscious Raman away, while the rocks begin to tremble down. Their families and the rescue team receive a big shock by the sudden dynamite blast. Shagun understands that Parmeet is behind the blast. She wishes to nab him and get him arrested. Police begins to look out for Parmeet, who gets hideous to play his next evil.