A new entry to raise drama in Jiji Maa… There is a new drama in Rawat house. The client cancels the contract with Rawat company and returns the order. Suyash and Falguni get worried with the sudden turn of events. Suyash tells Vidhaan that they lost the contract to someone else. Rawat family still faces a low time after Uttara’s death. Vidhaan gets angry seeing Uttara’s chair again. He commands the servant to throw everything that belongs to Uttara. Suyash consoles him. Manager Mishra informs them about the fire incident and the workers’ injuries. Suyash learns that the fire incident news has spread in the business circle, and bringing loss for them. He tells Jayant that he just wants to ensure workers’ safety. He asks Jayant to find about the new rival company. A truck arrives at their house. The driver tells them about the crates. Suyash checks the crates and finds cash. He has no idea who has sent the money to them.

Suyash and Falguni receive a shocking letter. Suyash gets threatened by the rival company. He tells the driver to tell his boss that he isn’t threatened. Jayant says we can get this man arrested by using this letter. Suyash says this isn’t any evidence, there is no name mentioned on the letter. Suyash asks the driver to tell them about their rival Sehgal. The driver denies to know everything. There will be a new entry. Sehgal will be posing problems for Suyash. Vidhaan gets fighting with the truck driver. Rawat family doesn’t care for the deal and rush to reach the factory to know if their workers are fine and safe from the fire incident. 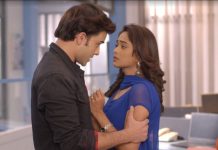 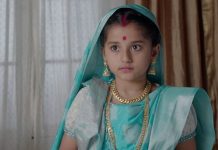