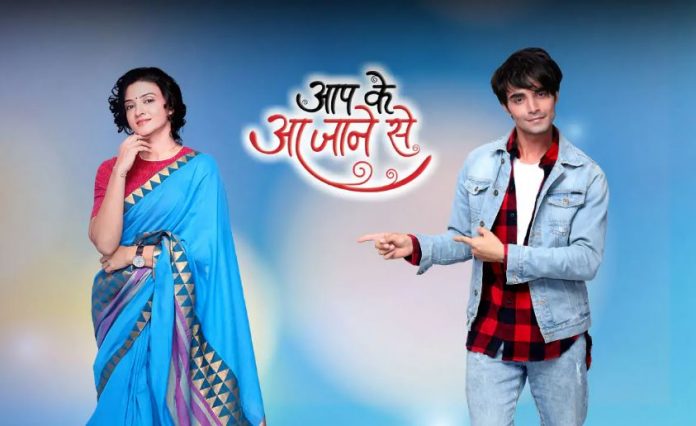 Aapke Aa Jane Se: Sahil and Vedika’s emotional moments… Vedika has finally learnt that Ved is her son. She takes Ved along and plans to leave the city. She gets all her stuff from home and goes away with Ved. Sahil and Bhoomi get angered on Vedika, for taking away their son. Bhoomi goes mad in rage. She asks Sahil to get Ved back. She was insecure since Vedika came back. She has raised Ved like her own son. Sahil and Bhoomi visit Vedika’s house and find it locked. Sahil fumes on Vedika’s big move. He didn’t imagine Vedika will snatch Ved this way.

Vedika tries to convince Ved to come with her, since she is his mum. She hugs him and cries. Ved refuses to go with him. He misses Sahil and Bhoomi. He tells her that she is bad, he just wants his dad. He tells Vedika that Bhoomi is his mum. Vedika sees Sahil looking for them and hides Ved. She knows she is doing wrong to take away Ved from Sahil.

Sahil and Bhoomi reach Vedika and stop her. Badi Amma and Puneesh also reach them. Badi Amma points gun at Vedika. Sahil gets worried for Vedika’s life and runs to save Vedika. He stands in front of Vedika and asks Badi Amma not to dare shoot her. Sahil takes Ved from Vedika. He tells her that even if she is Ved’s mother, he is Ved’s father and loves him equally. Vedika realizes her mistake of snatching Ved from Sahil.