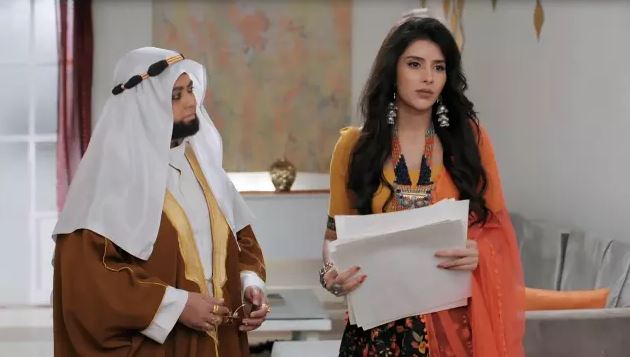 Jiji Maa: Piyali and Uttara team up to trouble Falguni… Falguni compels Niyati to apologize to Piyali. Piyali hates Falguni even more. She plays a drama so that Falguni pays her attention. Piyali threatens Falguni about her family’s safety. She says even if you save them from danger, how will you save them from sorrow. She plays mind games with Falguni. She tells Falguni that she will ruining their happiness by getting Vidhaan’s deal cancelled. Piyali shocks her and tells her that this deal will ruin Vidhaan completely. Falguni doesn’t understand her and asks her not to hurt Vidhaan, and forgive Niyati for her mistake. She thinks Piyali is punishing Vidhaan to teach her a lesson. She begs Piyali not to trouble Niyati and Vidhaan.

Falguni regrets for her mistake to get Piyali home. She sheds tears. She thought Piyali will change after receiving affection from them, but she has put the family in danger by inviting troubles. She worries for Suyash and Vidhaan’s dreams regarding the new projects.

Falguni and Suyash prepare for Ganpati puja. Suyash cares for Falguni and asks her to look after herself sometimes. He does the aid to her hurt hand. Falguni wishes Suyash and her bond stays the same forever. She thanks him for always being so loving and caring. Suyash thanks her for always being supportive. Falguni wants to convince Piyali and stop her from ruining the family. She fears for the loss in business. She doesn’t want Vidhaan’s confidence to shatter. She guides Vidhaan so that his future doesn’t spoil. She stops Vidhaan from signing any wrong deal. Uttara presents a costly necklace for Ganpati idol. The idol goes missing from the house. Niyati informs Falguni about the theft at home. Uttara asks them about the costly necklace. They realize that the idol jewelry is also stolen. Falguni suspects Piyali behind the theft.