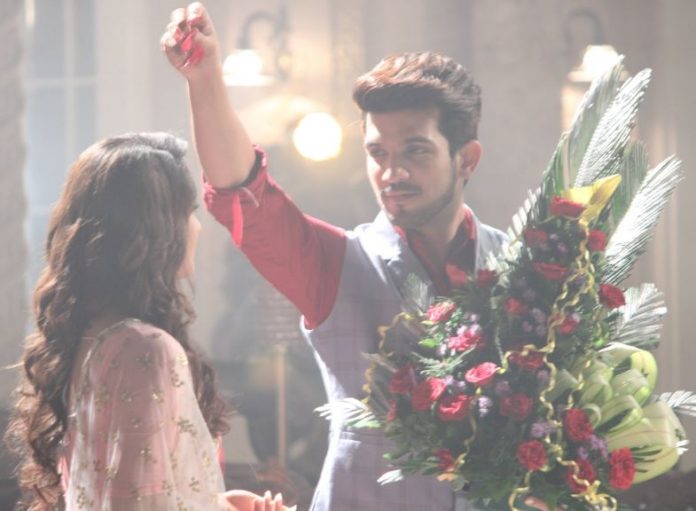 Ishq Mein Marjawa: Tara and Aarohi to kill Deep… Virat, Tara and Aarohi get freed and escape. They get into a fight with Deep. Aarohi scolds Deep for leaving her alone to die and cheating her. Deep tells her that he didn’t mean to kill her. She asks him to stop lying. She hates him since he didn’t care for his own child. She feels he is not trustworthy. She tells Deep that Tara is not a fraud like him, Tara keeps enmity with honesty. Tara also scolds Deep for attempting to kill her, when she has always loved him. They both get fed up of Deep’s cheat.

Deep tries hard to convince them by speaking about the secret. He asks Tara to come with him. Tara falls in his words. Deep takes the gun from her, and uses her as a shield. Deep captures Tara and then escapes on a bike, when Virat shoots at him. Deep was planning to get away with all the money. He has angered Tara by holding her captive. Tara and Aarohi tell Deep that they hate him. Virat and his goons surround Deep. Deep fails to get away with ease. His wives corner him to take revenge.

Deep tells them that if they hate him, it means they love him, since hatred is another name for love. He says love sometimes takes life and sometimes it saves life. He wanted to kill them and settle down well. He asks Virat to stop and not dare to shoot. Tara and Aarohi chase Deep and point gun at him. They both are blind in revenge and hatred. They shoot down Deep to punish him for his cheat. They have joined hands knowing Deep’s big deceive. Tara and Aarohi break down after shooting their love. They cry for Deep. Deep falls down. When Virat reaches there, Tara cries and tells him that she has killed Deep. Will Deep survive and play another game of love and deceive? Keep reading.