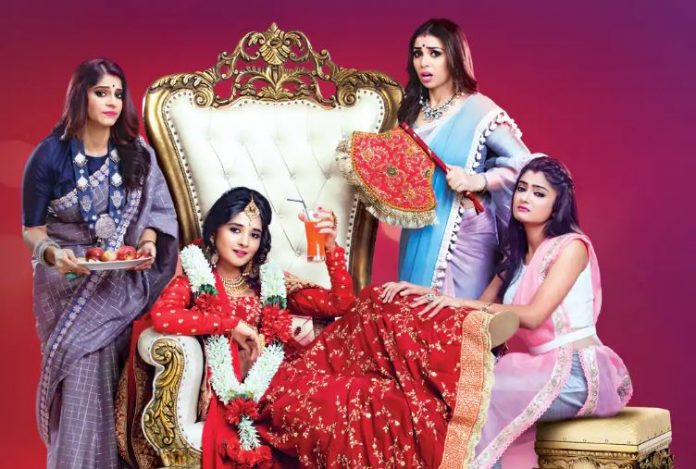 Guddan has married Akshat for her own reasons. Dadi happily welcomes her home, by doing her Grahpravesh. The bahus don’t want Guddan to come inside the house. Durga, Laxmi and Saraswati bring Guddan inside the house unwillingly. Dadi does Guddan’s aarti. Durga gets jealous. She creates a scene and tries to make Guddan out. Akshat stops Durga from insulting Guddan. He asks Durga to remember her place in the house. He says you are just a bahu in this house, you have no rights to decide here, I will decide who will live in this house, if you want to go against my wish, you can leave from here. Durga asks Akshat won’t he make Guddan out, does he want her to go.

Akshat tells her that Guddan won’t do anywhere. Laxmi tries to get Shweta married to Akshat’s picture. Dadi stops Laxmi’s madness. Laxmi tells her that she doesn’t want Guddan to become their Saas. Akshat defends Guddan. He accepts that Guddan is his wife, and has all the rights in the house. Guddan gets taunting her bahus. She wants to take revenge on them. She has done all the plannings to settle scores. They have troubled Guddan a lot. Guddan wants to become their Saas and really teach a lesson. She acts tired and makes the bahus run around in her service.