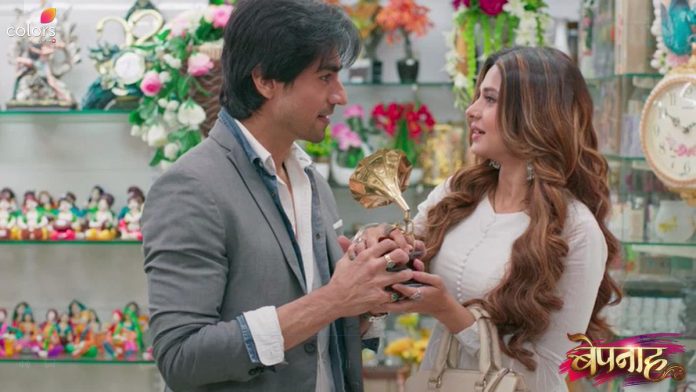 Bepannaah:
Anjana creates differences between Aditya and Zoya. Even when Zoya gets away from Aditya and maintains a distance from him, until she succeeds to find Yash’s murderer, Aditya doesn’t let annoyance make a place between them. Aditya understands Zoya, as his love is far bigger than their union. Aditya gives Zoya ample time. Anjana informs Zoya about her Mu-Dikhai. Zoya gets ready and wants to impress Aditya’s family, so that Anjana accepts her. She is given a spiked drink. Zoya is fed alcohol in her Mu Dikhai function, so that she creates a scene and embarrasses the family. Zoya gets totally drunk and loses her sensibility. She comes for the Mu Dikhai ceremony and creates a drunken scene in front of the ladies.

Anjana gets ashamed in front of her ladies and gets a chance to blame Zoya. Aditya comes there in time and supports Zoya. Anjana tells him how Zoya has ruined their family respect today. Aditya knows Zoya can never do this. He tells Anjana that he will find out who is behind this conspiracy and prove Zoya innocent. Anjana gets worried since she is behind Zoya’s drunken chapter.

Udaan:
Suraj learns about Rajeshwari’s evil. He rushes to Chakor, following his intuition that she is in problem. Suraj wonders why didn’t Chakor leave from Rajeshwari’s house till now. Suraj saves Chakor’s respect when he finds her in trouble. He scolds Rajeshwari and her goons. He threatens to kill them. He tells Rajeshwari that he will finish her and also her black scam. He supports Chakor and declares that he is always with his wife Chakor, she is never alone to become someone’s target. He shames Rajeshwari for putting Chakor’s dignity at stake.