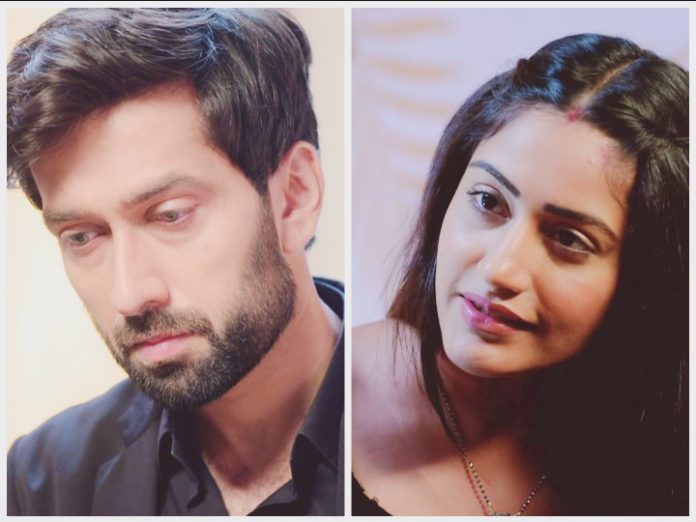 Ishqbaaz: Fast track twists and high drama next… Shivay stops Khanna from telling the truth about Tej’s evil. Shivay admits that he has shot Tej to death. Khanna tells them that he didn’t see anything. Anika asks Khanna not to lie and tell them the truth. Jhanvi tells them that Shivay has killed Tej, and ruined their family just for the money. Omkara and Rudra want to hear the truth from Shivay. They break down with Shivay’s confession. Omkara finds the company stocks documents and realizes that Shivay has killed Tej just for the property and business stake. Jhanvi tells her sons that Tej was always right to suspect Shivay. She gets against Shivay, just like everyone else. Dadi vents out anger on Shivay. She slaps him and curses him for breaking their trust.

Anika tells them that this can never happen. Omkara demands Shivay to say the truth. He scolds Shivay for killing their father for money. Omkara and Rudra regret for Tej’s death and cry. Anika asks them not to get against Shivay. Shivay wants to bear their hatred, so that they don’t hate their father, who left them. He lets them hate so that Tej doesn’t fall in their eyes. He gives soul peace by Tej by taking all the blame on himself. He tells them that he has shot Tej after a heated argument. Anika demands him to say the real truth. Shivay agrees to surrender to police. Dadi asks him how did he ruin their family, when he had the responsibility to protect the family. Dadi ends all her ties with Shivay.

Omkara and Rudra get Shivay arrested. Anika begs them to leave Shivay. Bhavya gets helpless to do her duty. Omkara starts hating Shivay and wants the police to punish him. Shivay breaks down the his brothers’ hatred. Shivay gets away from the family, while Anika sheds tears of sorrow. Anika surely knows that its someone’s plan behind this. Shivay serves the five year jail term. After the leap, Anika awaits Shivay’s return. Omkara and Rudra rule the house, just as Tej wanted them to. Anika performs the puja and wishes Shivay comes back home. She hopes that Shivay doesn’t give more tests in his life.

Omkara is shown wedding to Gauri, while Rudra and Bhavya are a couple. Their love stories aren’t shown in the fast track leap. Oberois live happily. Dadi gets happy for both her grandsons. Gauri stays connected with Anika. Anika informs her about meeting Shivay. Shivay gets released from the jail. Anika heads there to get him, and learns that he has left alone. She wonders where did he go alone. Anika rushes to find Shivay. Anika meets Shivay at the church and finds him in deep pain.