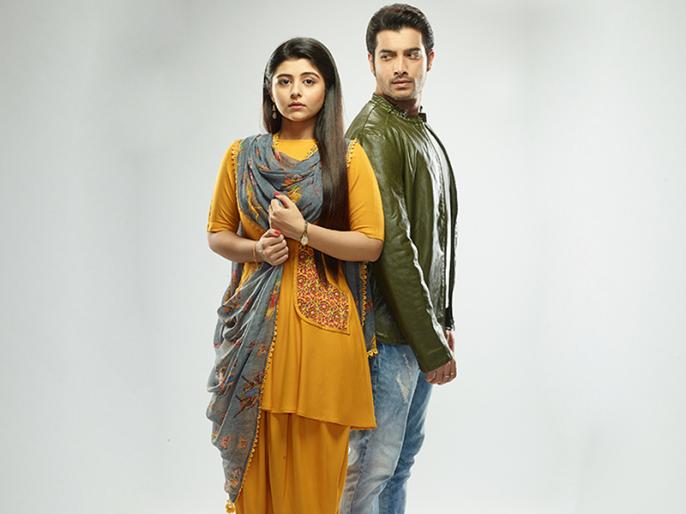 Unusual marriage twist for Ronak and Muskaan… Sir ji and his goons catch Ronak, Hanumanth and Muskaan. Sir ji tells Muskaan that its not easy to get rid of her background. He forcibly takes her along, and instructs his goons to kill those two guys, who acted as Muskaan’s saviors. He then learns that one of the guy is his own son Ronak Singh. Muskaan asks Ronak to run away before Sir ji shoots him down. She doesn’t want Ronak to die for her sake. Ronak always wants to secure Muskaan since he was in love with her. He gets a huge shock knowing Sir ji the brothel owner, who ruined Muskaan and Aarti’s lives. He learns about Sir ji’s crimes and feels ashamed. There is a huge confrontation between father and son.

Ronak asks Sir ji to kill him, since the life has become a curse to be his son. He tells Muskaan that Sir ji is his father. It gets shocking for Sir ji that Ronak is the guy who had kidnapped Muskaan. Muskaan too gets a big shock on knowing this truth. Furthermore, Sir ji realizes that Ronak is in love with Muskaan. He wanted to sell off Muskaan to the foreign clients. Ronak decides to teach a lesson to Sir ji. He tells Sir ji that he will always be with Muskaan and fail his intentions. He fears that the family would know Sir ji’s truth and break down.

He forcibly gets Muskaan for marriage and doesn’t give her any choice. They both have agreement for the marriage mutually. Ronak helps Muskaan and marries Muskaan in the temple. He does this fake marriage only to save her life. Ronak wants to teach a lesson to his father. He knows Sir ji hates Muskaan. He tells her that he wants to save her. Muskaan knows Ronak is a clean-hearted guy with good intentions. She complies with the situation. Ronak gives the sindoor to Muskaan. He doesn’t want to fill sindoor in her hairline. He asks her to fill sindoor in her hairline herself. He asks her to do everything on own, since this marriage doesn’t matter to him. They wear the garlands themselves. He gives her the mangalsutra to put on her neck.

He promises that he will help her find her mother and also fail Sir ji’s evil motives. He convinces her by making her understand that his father is really a big criminal. Ronak hates his father. He has concern for Muskaan. Their marriage gets very unusual. They do all the rituals herself. There is an understanding between them. She trusts him and doesn’t want his life to fall in risk. Ronak takes his bride home and shocks his father. Ronak and Muskaan will be falling in love while keeping their fake marriage.