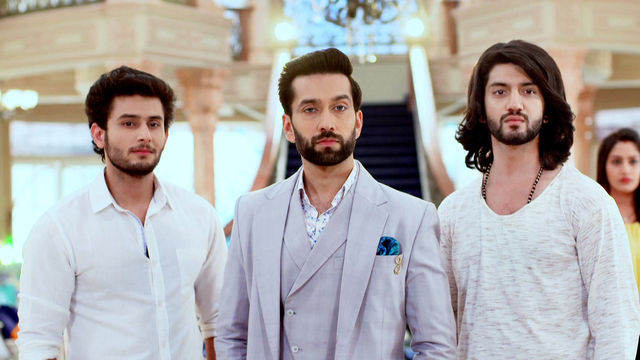 Ishqbaaz: Shivay to conspire ‘big Obro union’ Shivay helps out Anika when she needs to go out somewhere for work. She tells him that the driver didn’t turn up and she really needs to go somewhere urgently. Shivay tells her that he can’t see her worried, he will take her wherever she wants. She gets happy to see him changing. Shivay drives the car and takes Anika to the destination. Anika wants him to go outdoors and get rid of his depression. She feels he should come out of his trauma zone. Anika totally supports Shivay.

Further, Shivay learns about Omkara and Rudra’s business problems. He overhears their conversation. The manager informs Omkara about the losses. He also tells them that whatever happened in the press conference has become a breaking news. Moreover, business partners don’t want to have any deal with them knowing the huge losses in the company. Manager gives this bad news which worries Omkara and Rudra.

Shivay feels bad for them. He feels equally responsible for the right. Finally, Shivay decides to help his brothers by taking up his business and work responsibility. Shivay feels everything has went wrong because of his one misdeed of killing Tej. Hence, he decides to fix everything up and get the family back on the united front. Shivay meets his brothers in the kitchen for a talk. He gets caring for them like always. While Shivay and Omkara keep their love the same, Rudra realizes his mistakes. Rudra gets upset over his stupidity to ruin the family respect by himself. He apologizes to Shivay, but again his ego gets in between. Shivay wants to win their forgiveness and love.