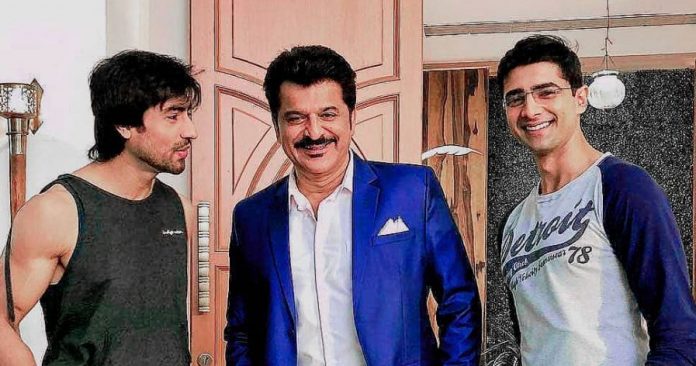 Bepannaah: Unthinkable turns true for Aditya… Rajveer shocks the entire family by bringing out Harsh and Kalpana’s past. Rajveer wants to claim his rights. Anjana’s misdeed of snatching Kalpana’s love gets known. Anjana didn’t let Harsh unite with his love. Rajveer wants to settle scores with Harsh. Rajveer tells Aditya that they are half-brothers, but doesn’t have any love and care for each other. He is happy that their enmity is strong. Rajveer wants to know if Harsh will accept him. He returns to Hooda family with all the rights. Nani tells Harsh how she has raised Rajveer, who yearns for his father. Rajveer hates Harsh for being so unfair with Kalpana. He conspires to just break Hooda family.

Aditya realizes Nani is framing Zoya in the act of uniting father and son. Nani is happy that Zoya’s plan to reveal the truth failed. She has put up the drama on time before things went the other way. Anjana and Harsh get misled about Zoya. Rajveer acts innocent. He wants the rights on the family, house and property, being the eldest son of Harsh. Zoya tries to get things under control. She knows Rajveer is provoking Aditya’s anger. Aditya madly loves his parents. He refuses to accept Rajveer as his brother. Rajveer asks Aditya to drop his temper. Anjana tries to make Rajveer out of the house. Rajveer clears out that he has come to stay with them. Harsh knows his past very well.

Anjana gets insecure with Rajveer’s sudden comeback. Rajveer gives an ultimatum to Harsh. Harsh accepts Rajveer as his son. He turns emotional since he didn’t know about him before. Aditya doesn’t have any belief on Rajveer. He reminds the tormenting moves made by Rajveer and his Nani. Harsh accepts his second family. Aditya recollects the childhood memories when he has seen Harsh and Anjana fighting. Aditya develops hatred for Harsh.

Rajveer succeeds in creating a rift between Harsh and his family. Aditya breaks down with the shocking truth. Aditya madly attacks Rajveer. Zoya wants to stop him. Anjana too doesn’t want Aditya to make any mistake by falling in Rajveer’s trap. Rajveer gets happy that Harsh has got on his side. Harsh stops Aditya’s rage and slaps him hard. Harsh chooses Rajveer over Aditya. Aditya gets more distant with his father.