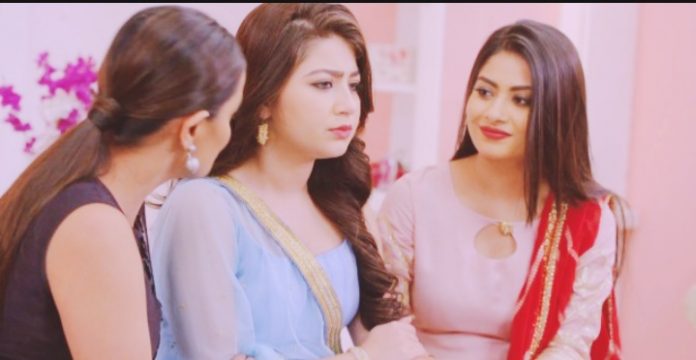 Ishita tells Sudha that she can’t fail her daughters. She praises her daughters and empowers them for fighting for her rights. Sudha tells Ishita that Rohan and Karan have filed the divorce. She asks them to get lost.

They start torturing Rohan and Karan. The entire family want to make Rohan and Karan realize their mistake of mocking marriage for their revenge. They start teaching big lessons to Sudha’s spoilt brats. Rohan and Karan face a tough time. They agree to stay back in Bhalla house and bear the insult just to get the divorce. Rohan is asked to sleep in the kitchen. He gets troubled by the cockroaches. Karan asks Rohan to leave everything and come. Rohan tells him that they can’t run away. Raman wants them to understand the meaning of marriage. He wants them to repent for breaking their wives’ heart and trust.