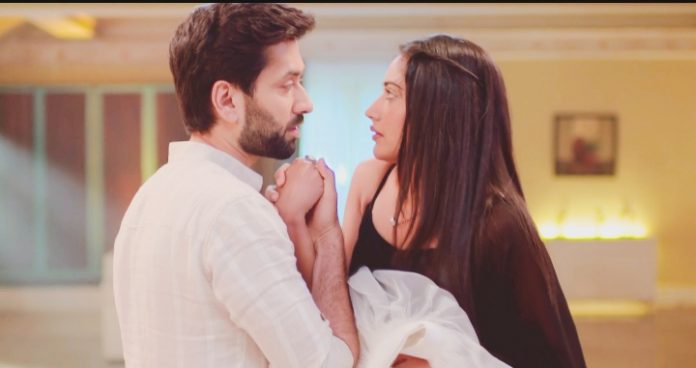 Ishqbaaz: Twists amidst love confessions and remarriage… Shivay and Anika are getting married. After solving Roop’s mess, Anika tells Shivay that she isn’t scared of any bad omens now, since Roop was behind that. She wants to marry him soon. Shivay tells the family that he will be marrying Anika to show the world, but the truth remains that Anika is already his wife. Shivay confesses love to Anika like never seen before. He brings stars literally to their room via the decorations. He expresses his love for Anika and tells her what she means to him.

He thanks her for always believing him and never losing faith in him. He tells her that his entire family misunderstood him, but she didn’t let her faith shatter. He tells Anika that its because of her, that he could see happiness back in the family. He thanks Anika for all the moral support she has given to him. Anika and Shivay spend romantic time, confessing love for each other. Roop wants to come back to strike at Shivay and Anika’s happiness. Roop plans to kill Shivay. Anika becomes a shield for Shivay again.

Anurag gets hell bent to stop Prerna and Navin’s marriage. Anurag stops Prerna from facing anything wrong. He has saved Ronita from Navin’s evil plan. Anurag asks Prerna not to marry Navin, his doubt about Navin is true, Navin isn’t a nice person, he is a big fraud who marries girls to sell them off. Anurag learns Navin’s shocking truth after knowing about dual identity. Anurag asks Prerna to believe him once and break off the marriage. Anurag finds it easy to prove the truth, when he gets Navin’s marriage pictures and fake passports. Mohini gets in tension. She wants to keep Anurag away from problems. How will Anurag break the marriage? Keep reading.