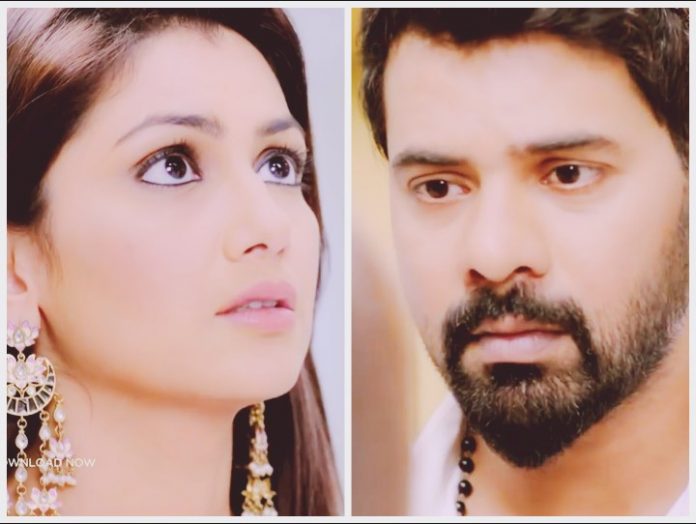 Kumkum Bhagya: Abhi is shocked and happy to know Kiara’s truth. He thinks to confirm and hears them talking. Kiara asks Pragya to promise that she will not cry. Pragya says Kiara’s mum will not cry, if she is a super girl then I am supermom. Abhi gets teary eyes and thinks why did Pragya hide from me that Kiara is my daughter. He thinks the reason for Pragya keeping this secret. He wonders if this is his mistake of disowning Pragya and his relation. He feels guilty over the past. He realizes how unfair he has been to Pragya. He feels he is the reason for Praya and Kiara’s sorrow.

Abhi also feels happy to know that his heart was right about Kiara, he always found her resembling Pragya and felt some strange connection with her. But, he can’t bear that Pragya had hid the truth of Kiara although she knows his feelings for her. He confronts Pragya for hiding the truth from him. He feels he has missed Kiara’s childhood.

Kundali Bhagya:
Prithvi gets tensed knowing Janki will be alright. He feels his truth will be coming out. He had earlier attacked Janki as well. He comes to Janki and pushes her wheel chair. He thinks this time she will be dying and his truth will get sealed once again. Janki falls down from the staircase and gets severely injured. Prithvi informs Sherlyn about ending Janki’s chapter. He asks Sherlyn to steal her reports.

Tujhse Hai Raabta: Malhar asks Ahilya, Rao Saheb and their family to leave the house which is now on his name. Kalyani tries to convince him not to do injustice with family and let them stay in the house, but Malhar refuses. He swears to take revenge on Kalyani and everyone in the house. Kalyani asks baby to give her an idea to stop Malhar from throwing family members. Baby holds her hand and she gets an idea. She tells that she will see to it that nobody leave the house. She comes out and sees everyone going, she stops them and says nobody will leave. Malhar looks on.