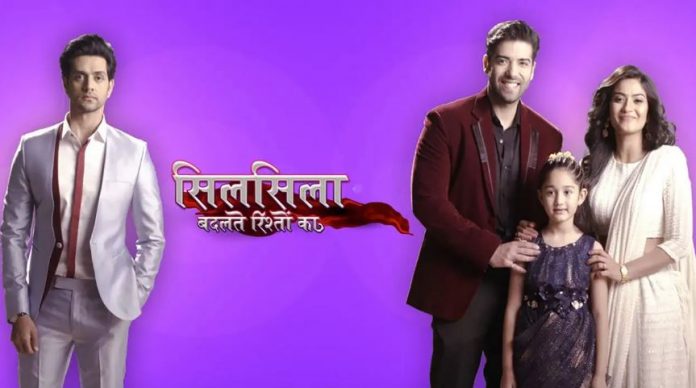 Silsila Voot: Mauli hides Kunal’s truth from Mishti. She excuses when Mishti questions about Kunal. She doesn’t want Mishti to know the truth. Mishti already knows that Kunal is her father, but doesn’t reveal. Kunal tells Pari that Mishti can accompany her. Pari tells him that she can’t share him with anyone. She wants Kunal just to be with him. Mauli is scared that Kunal will file the custody case for Mishti. She tells the family that she has already found the solution. She gets the legal advice about the custody work. Mauli gets a shock when she learns that she won’t be able to get Mishti’s custody. She regrets for keeping Kunal uninformed about Mishti’s birth. She gets disturbed knowing about partial custody.

Mauli receives a bigger shock knowing Mishti is missing from the school. She wonders who has picked Mishti. She rushes to school to find out about Mishti. She gets suspecting Kunal for Mishti’s disappearance. She confronts Kunal for kidnapping Mishti. She tells him that she can’t snatch Mishti from her. She doesn’t want Kunal to have it his way all the time. She clears out that Mishti is just her daughter.

Kunal tells her that he didn’t pick Mishti. He takes help from police. He assures Mauli that they will find Mishti. Mauli finds Mishti in the park with Ishaan. Ishaan reminds Mauli about their planning. Mauli apologizes to Ishaan and Kunal as well. Kunal clarifies why he is accompanying Mauli. Ishaan knows it certainly that Mauli is emotional about Mishti. Kunal finds their happy family perfect. He decides to not intervene. Ishaan asks Mauli about Kunal, if he knows about Mishti.

Mauli shares the truth with him. She tells him that she will not let Kunal snatch Mishti ever. Ishaan assures her that Kunal won’t reach Mishti. Kunal answers Pari’s innocent questions. He wonders if his daughters will understand his decision taken in past. Mishti wants her real father with her. She stays disturbed. Kunal wants to save Mishti from the pain. Mishti asks Mauli to bring Kunal home.