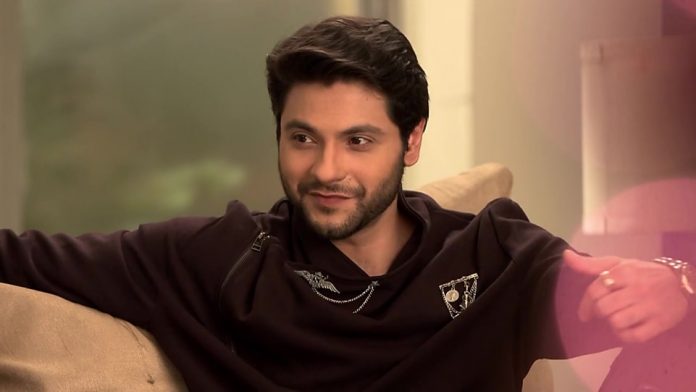 Kumkum Bhagya: King gets upset with Pragya knowing from Chachi that she brought drunkard Abhi home. He couldn’t bear to hear Chachi’s words and shouts Pragya’s name. Tarun comes and informs Pragya about Chachi and King’s conversation. King comes to Pragya and asks her what is going on in this house, and tells that Chachi told that Abhishek Mehra came to this house yesterday. Pragya accepts the truth. King says he was in your room. Pragya tells him that she saw Abhi on the road and that’s why brought him home thinking his family must be out to search him. She wanted to take him to the guest room, but Chachi was sleeping there, so she took him to her room.

King believes her and doesn’t care much. He highly respects Pragya and believes that she can never do wrong with anyone. Abhi tells Disha that past may come ahead into the future, but he needs to go and talk to Pragya and will ask her why did she do this with him. Pragya decides to tell all truth to King and thinks she can’t break his trust more. Pragya feels guilty of hurting King’s sentiments. She doesn’t want to give more sorrow to King by lying about Abhi and her relation.

Kundali Bhagya: The robbers find Karan and Prithvi possessive about Preeta’s life. The robber holds Preeta on gun point and says everyone’s life is in her now, and she will be with me now. He says if anyone acts smart then he will kill her and she will die. He takes Preeta from there. Preeta panics. Karan realizes his love for Preeta and fights with the robber to save her.

Tujhse Hai Raabta: Manda’s accusation on Anupriya makes Malhar angrier and he thinks she is guilty to kidnap his son. Aparna takes a sigh of relief and smirks. He tells Anupriya that he has proof and witness against her this time and asks Lady constable, to arrest both Anupriya and Manda, and says punishment is needed to make the guilty repent for their sin, and says Anupriya will be punished this time. Kalyani takes a stand for Anupriya and says her Aayi can’t do this. Anupriya also tells that she is innocent, but Malhar doesn’t believe her.