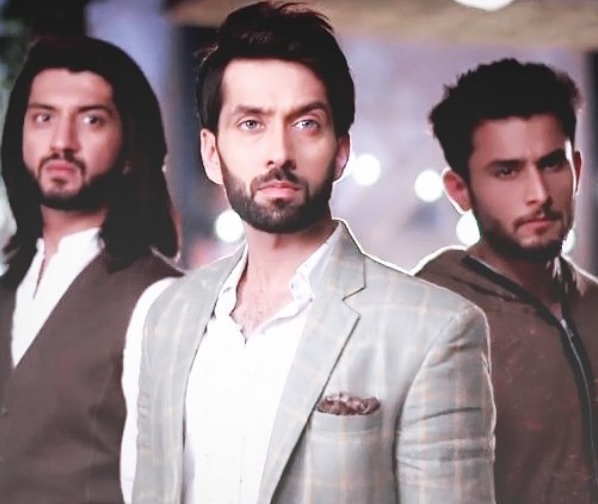 Ishqbaaz: Shivay and his Oberoi family celebrate happiness in the Qawwali nights. Dadi and Suryakant share some poetry, which surprises the family. Dadi’s romance angle brings fun moments. The family celebrates happily, all the way singing and spreading smiles. Suryakant gifts a saree to Dadi and wants her to wear it and come for a date. Dadi refuses to him at first. Jai hacks into Shivay’s secret documents and tries to snatch the tender. He is sure that Shivay will be ruined completely after losing the big contract. Shivay doesn’t feel sleepy. He spends time with his brothers, while Dadi decks up in a red saree to meet Suryakant. She feels scared that anyone might see her.

She sees Obros and hides from them. Shivay feels someone was around. He wants to know who is hiding and why. Suryakant hides Dadi from their sight. Shivay gets spying further. Suryakant asks Dadi not to feel scared, as they are in love. Obros catch Dadi. She gets making excuses. She answers their questions to hide her secret meeting with Suryakant.

Suryakant compliments Dadi for her looks. Priyanka tries to sort the differences with Jai. She asks him not to create any issues, as it concerns her family as well. She doesn’t want to see her family in tension. She asks him to change himself as long as he is staying with Oberois. She warns him about her brothers, who can do anything for her. Obros find it weird that Dadi is behaving strange, being around Suryakant.

Jai tells Shivay that he will be winning the deal. He wishes all the best to Shivay. Jai wants to ruin the Oberois. Dadi and Suryakant’s romance meet ups continue. Obros catch Dadi’s big lie and wonder what’s cooking between Dadi and Suryakant. Will they learn Suryakant’s intentions of marrying Dadi? Keep reading.