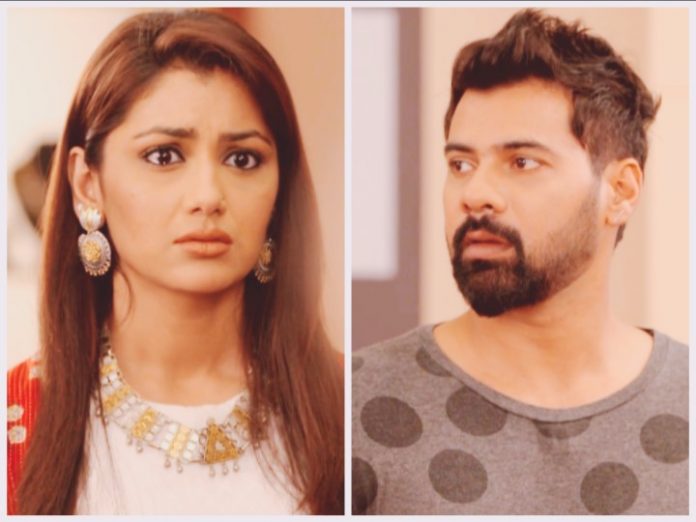 Kumkum Bhagya: Pragya decides to tell the truth to King seeing his immense trust on her. Abhi gets upset with Disha knowing she knows the truth about Kiara. He goes to meet Pragya. King meets Abhi and says whoever is close to heart gives the big pain in life. He asks him to find some solution to make life like before. Abhi says Pragya didn’t leave anyway now to make everything fine. Now nothing can be alright, just we will have a fight for rights. Later, they meet during Tarun and Neha’s sangeet.

Abhi asks Pragya why did she give him a big betrayal and kept him away from his daughter for seven years. Pragya says Kiara is not yours, but King’s daughter, who raised her with much love and affection. She regards King as Kiara’s father. Abhi says you are lying, her talks are just like me and I know she is my daughter. Pragya denies the truth. Abhi challenges to prove that Kiara is his daughter in seven days. He says the pain which you gave me, I will give it back to you. Pragya says you can’t do this. They have an emotional conflict.

Vivek tells Pallavi that saree business will end, once Anupriya comes to know this, she will be forced to give employees salaries and sell her side of the house. He gives papers to Anupriya and asks her to sign on it, says he will take money from a money lender and give to the employees. Anupriya is about to sign it, but Kalyani stops her and says she has nothing else except this side of the house. She comes to Malhar and tells him that she stopped Anupriya from mortgaging the house.

Kundali Bhagya:
Prithvi decides to kill Janki and throws something on her. Karan, Preeta, and others try to take everyone out fooling the robbers, but the robbers catch everyone when they are about to leave.