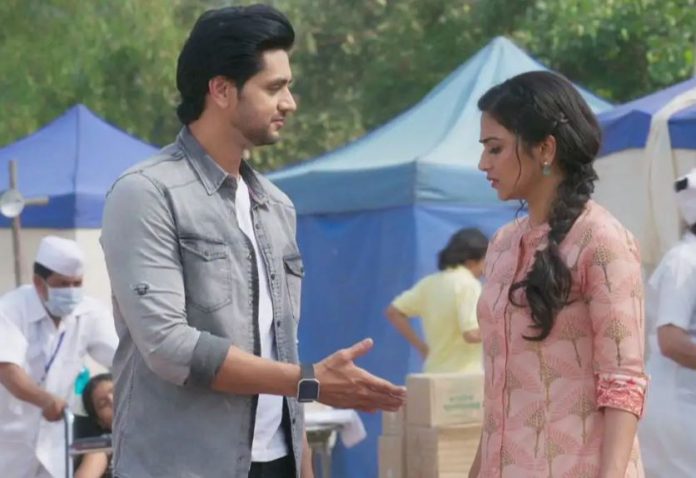 Silsila: Kunal and Mauli save the lady and her baby at the medical relief camp. Kunal congratulates Mauli. Mauli gets miffed with his presence. She feels that Kunal is affecting him. She tries to ignore him. She stops talking to him. She tells him that she has to attend the patients. Kunal finds her behavior weird. Ishaan gets to talk to her mother. She is upset with Ishaan and Mauli’s engagement. He wishes her to come over. She surprises him by meeting suddenly. She tells him that she will always be there to bless him. She asks about Mauli. She wants to meet Mauli as soon as possible. Ishaan tells her that Mauli is out of city, she has gone for a relief camp. Mauli looks after the patients. She asks Kunal not to help her.

She tells him that she will handle her work alone. She warns him to stay away. Kunal asks her why is she behaving so odd. He clears out that he is doing his work being a doctor. He asks her to behave professionally at least. She reminds their decision of not talking to each other. He doesn’t understand what is compelling her to get away. Ishaan tells her mum that he has left the marriage decision on Mauli. He tells that Mauli loves the family a lot. He asks her to meet Mauli’s family first. He is sure that Mishti will impress his mum.

Kunal informs Radhika that he is at the relief camp. She asks if Mauli is also there, since she has gone to the same camp. Mauli gets angry that Kunal is around. She wants Kunal to go away.

Kunal tells Radhika that Mauli is behaving so weird that he isn’t able to understand. He feels Mauli is very frustrated within. Mauli tries to talk to Ishaan. Ishaan then reveals about Kunal, who is Mauli’s ex-husband. Ishaan’s mum objects that Mauli is with her ex-husband now. Ishaan doesn’t find this wrong that they are working together at the relief camp as professional doctors. He assures his mum that Mauli and Kunal have nothing common now. Dida feels bad that Mauli is with Kunal again, even when she wanted to run away from him.

She wishes that Mauli finds a way to decide for her life. Kunal deals with the problem, when a patient accuses Mauli for wrong treatment. Kunal defends Mauli. Mauli doesn’t want any favor from him. She barges out in anger while fuming on Kunal and his intentions. After separating him again, she shouts to him for help. Mauli sees a snake and seeks his help. The circumstances at the relief camp bring Kunal and Mauli closer. Dida wonders if Mayli will reconcile with Kunal. She worries for Ishaan’s heart break.