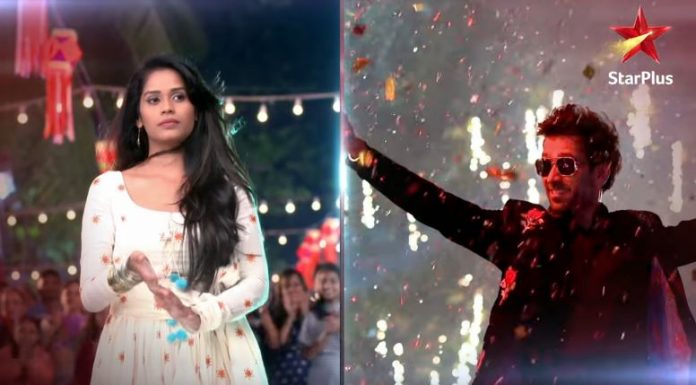 On the other hand, Aditi looks after her younger sister like a mother. She deals with her bad childhood, and holds memories of her mother’s death. She regrets that she has lost her parents. Aditi gets into her routine and stays happy in her life. She wants to be dutiful. She starts her day early in the morning. Shivaansh wakes up late and is much pampered. Aditi has a simple lifestyle. Her sister is smitten by Shivaansh’s charm.

Aditi doesn’t want to meet Shivaansh or know about his love stories. She has no interest in him. Shivaansh gets to hear about the work assignments and fans meetings. He stays busy in his work. Nani and Dadi look after him. Aditi learns about Shivaansh going for an inauguration function. She gets the duty to provide him security. Shivaansh gets more famous with his female fans. Shivaansh learns that male audience isn’t liking him much as he is not any action king. He wants to change his lover boy image. He wishes his film works well and makes big profits. Aditi takes up the big responsibility. Aditi reaches the event, only to witness Shivaansh’s kidnapping. How will Aditi rescue Shivaansh? Is this kidnapping Shivaansh’s plan to turn into an action hero? Keep reading.