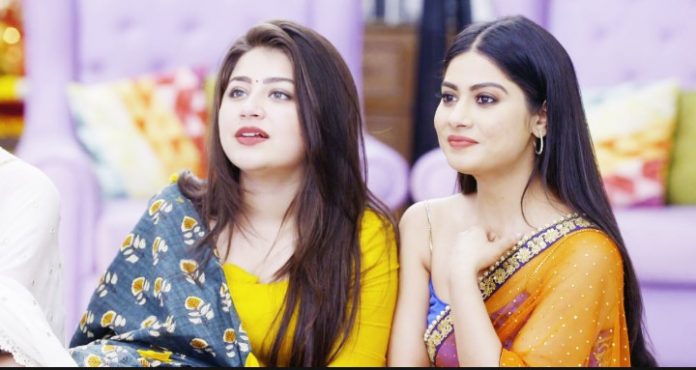 Raman and Ishita reach there as well. Raman learns that the goons were paid by Sudha. Rohan and Karan can’t believe this and go to confront their mum. Rohan tells them that Sudha can’t do this. He asks Raman and Ishita to come with them to clear the misunderstanding.

Sudha accepts her crime and tells her sons that she has tried to take her revenge by scaring those girls. Rohan and Karan feel she has taken a wrong step by doing this. They don’t want Sudha to stoop so low.

Meanwhile, Sudha feels her sons aren’t respecting her, just because of their wives. She asks them if they are falling in love with their wives. Rohan demands Sudha to apologize to Aaliya and Ruhi. Sudha refuses to do this. She didn’t expect this from them. She asks them to get lost and stay with Bhallas. Raman warns Sudha against hurting his daughters again. Simmi learns the entire incident.

Furthermore, Rohan and Karan defend themselves when Simmi suspects them. They tell Simmi that they have fought with Sudha to support the right. Ishita doesn’t believe Rohan and Karan’s drama to mislead them. Aaliya wants to end the drama at once. She wishes to divorce Rohan and send him away. She asks Raman and Ishita to understand and end their pain.

Rohan and Karan get glad that their drama has worked. Sudha tells Kaushalya that it was her plan, but maybe its not easy to convince Bhallas. She wants to target Simmi. The bank manager tells Sudha that he can’t avoid Simmi’s questions if she comes to the bank. Sudha gives him instructions. Aaliya doesn’t want to continue the cheap games. Ruhi reminds her the divorce clauses.

Raman tells Ishita that he also wants Aaliya and Ruhi’s lives to come on track. Aaliya feels Sudha and her sons are playing with their emotions. She knows Sudha has made this plan to hurt them today. Ishita assures Raman that Aaliya and Ruhi are strong enough to handle the battle pressure. Ishita wants her daughters to win the battle against torturing husbands and in-laws. She wants to teach a lesson to Rohan and Karan and prove that women deserve respect. She doesn’t want to end the fight. Ruhi explains Aaliya that they need to be strong and not surrender in front of Sudha. Simmi tells Raman that she will keep an eye on Rohan and Karan. Rohan asks Karan to keep patience and target Simmi to ruin the Bhalla family.