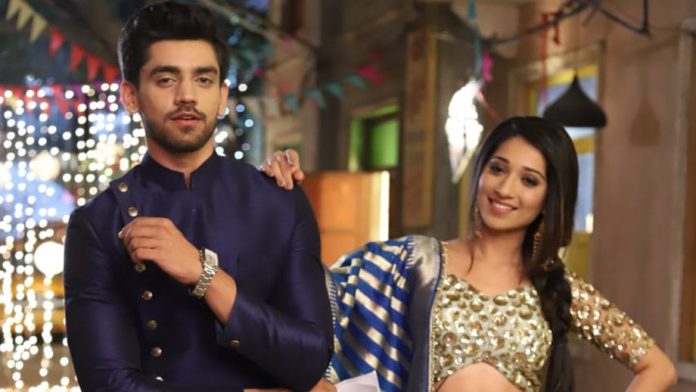 Yeh Teri Galiyan: Shantanu and Puchki realize their love for each other. They get stuck in the jungle. Their childhood friendship turns into love. They have a romance in the rains. Shantanu tells her that she didn’t stop him from leaving her in childhood and that was her big mistake. He doesn’t want to leave her ever. He asks her not to repeat her mistake again. He confesses his love to Puchki. She tells him that she doesn’t think their love is right. He doesn’t listen to her. He asks her not to bring anything between them. Shantanu proves his love for Puchki. Shantanu and Puchki’s love story begins.

Zara reaches Shahbaz’s study and spies on him. She checks his files to know his plans. She doesn’t want Kabeer to fall in Shahbaz’s plans. Kabeer doesn’t listen to Zara. He asks her to tell the matter in front of entire family. He doesn’t want to fall in her words. Zara fails to tell him about Shahbaz’s business plans. Ruksar catches Zara in the study. Zara asks her to keep numb and not tell anyone. She faces difficulty to convince Ruksar. Kabeer is upset over Zara’s taunts. Zara compares Kabeer with successful Asif. Kabeer can’t stand Zara’s madness.

Sitara spies on Rajguru to get her mother’s photo. She wants to find who is her real mother. Rajguru meets the woman who is seen in the photo. The woman tells him that she isn’t Sitara’s mother. Sitara wants to know why did her dad lie to her about her mother. Rajguru is unaware that Sitara is following him.

Udaan:
Raghav confronts Imli for kidnapping Anjor. Imli tells him that she didn’t kidnap Anjor. She claims that she has changed completely now. She stops Chakor from slapping her. She tells Chakor that she is her well-wisher now. She tells Tejaswini that she has reformed since Chakor has spared her life when Chakor could easily kill her. Imli tells Chakor that someone from the family is behind Anjor’s kidnapping. Imli gets a change of heart.

Aadhya lies to Jai that she has a boyfriend. He asks her to make him meet the guy. Aadhya receives many gifts by her lover. Jai tries to find Aadhya’s boyfriend. Jai spies on the guy. Aadhya and Jai face a new hurdle. They get a note and reach the place to find the surprise. Aadhya wants to know what’s the gift left by the new guy. Aadhya gets pulled by someone. She gets away from Jai. Jai thinks where did she disappear. They get away in the darkness. Jai doesn’t know why did the guy call them to the scary place. Aadhya will get kidnapped. Jai will be finding her again.