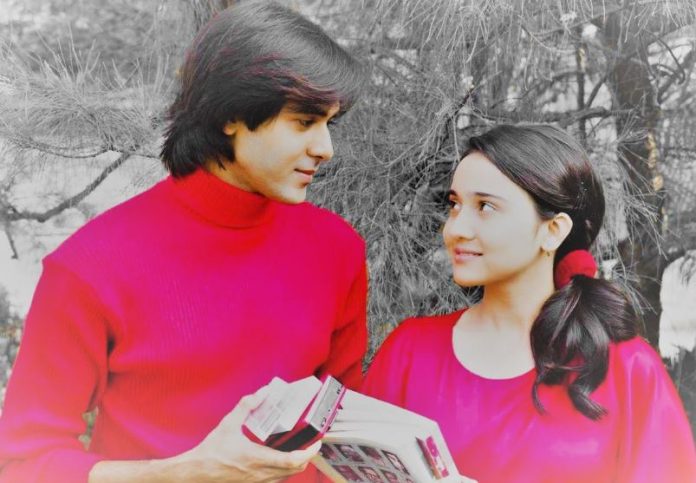 Yeh Un Dinon Wow moment next. Sameer goes crazy in Naina’s love. He gets Naina’s pictures. He pastes all the pictures on the wall. He decorates the entire house with Naina and his pictures. Sameer loves Naina a lot. He tells his family that nobody can separate them. Sameer and Naina try hard to convince their families. Sameer gets Naina’s name tattooed on his hand and heart. He shows off the tattoos. He tells his dad that no one can make Naina away from him. He tells his mother Vishika that he loves Naina, and now she has become his obsession. When his mother refuses to accept Sameer, he picks a knife to cut his wrist. He threatens to commit suicide. He tells Vishika that she can’t snatch his love.

She stops Sameer from taking the wrong step and slaps him. She takes away the knife from his hand. He tells her that he even has sleeping pills. He swears to give away his life. He tells Vishika that he will just marry Naina. He is ready to do anything, by fair and unfair means to get his love.

He compels his parents to go to Naina’s house and take his alliance for Naina. He tells Vishika that if they don’t go right now, he will commit suicide. He doesn’t give them a second choice. He tells them that he won’t be living to see tomorrow if they don’t fulfill his dreams today. He tells them that there is still an hour’s time. He sends his parents to Naina’s house. Naina’s family gets Kundlis matched to know if Sameer is right for Naina. Naina gets happy thinking of her marriage with Sameer. Sameer and Naina will be soon getting married. Sameer convinces his family with emotional blackmail, while Naina’s family approves their relation too. Sameer and Naina’s romance will be seen. Their love story will have a new phase very soon.