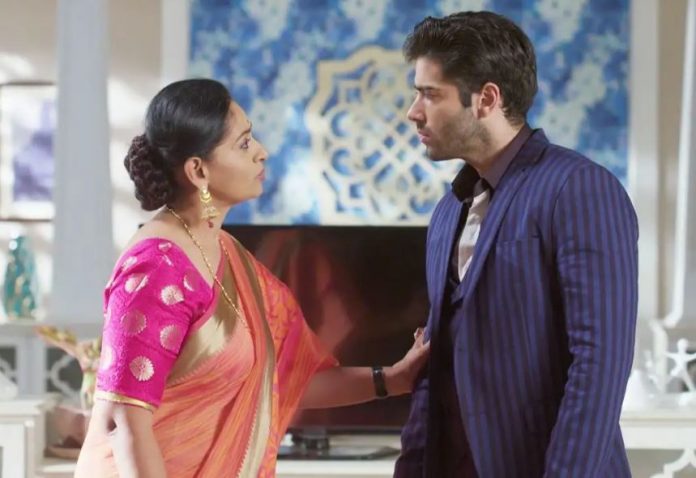 Silsila Ishaan is stressed about his relationship, while Kunal is upset about Pari. Mahek demands him to share the truth about Mishti. He reveals to her that Mishti is Mauli and his daughter. Mahek gets a shocker and finds his life a dramatic one. Kunal tells her that Nandini felt Mauli could take care of Pari well, and left this message for Mauli. Mahek tells him that if Mauli still likes him, he should give a chance to their relationship. She tells Kunal that maybe they can make a happy family, which will be perfect for the daughters. Kunal tells her that Mishti hates him. He realizes that he is also at fault. He accepts how he has doubted on Mauli’s pregnancy and then she lied to him in anger. He feels he couldn’t do justice with Mauli and Mishti.

He tells Mahek that Ishaan loves Mauli a lot, and can’t ruin her life just to keep Nandini’s last wish. He doesn’t want to act selfish. He wants Mauli to be happy. Mahek questions him about Mauli’s happiness. She asks him to realize where Mauli’s true happiness lies. Kunal gets confused. Ishaan gets too worried to know the result of Mauli and Sandhya’s conversation. He asks her what did they both decide.

Mauli calms him down. He asks her to just tell him what did Sandhya ask her. Mauli breaks out his big decision that she will call off the marriage. Ishaan asks her how can she decide on her own, his consent is also needed to end the relationship. She doesn’t tell him anything.

Mauli doesn’t want to leave Kunal’s family. She didn’t wish to end ties while making new bonds. Mauli wants to move on. Ishaan sends flowers for her, hoping to calm her anger. Radhika visits Pari. She meets Mahek there. She tells Kunal whatever happened and apologizes for Mishti’s mistake. She wishes Kunal for his birthday and gives a present. He tells her that he can understand Mishti’s insecurity. She tells him that maybe

Mauli still loves him. Kunal doesn’t like to hear this. He is aware of Mauli’s struggles. Radhika tells him that Mauli isn’t happy with her life. She asks him not to visit home, and be away from Mauli and Mishti. He agrees to her request. He is sure that Mahek will look after Pari. Mahek takes Pari for swimming. Pari meets Mishti there and faces her hatred. She wants to know the reason for Mishti’s hatred. Mauli attends Mishti. Mishti is upset over Pari’s presence. Pari tries to be friendly with Mishti. Mishti doesn’t like to talk to her. Pari has an accidental fall in the pool. Mauli gets furious on Mishti for risking Pari’s life. Mishti wants Ishaan as her father, and gets into an argument with Mauli. Mauli thinks of reconsidering her big decision of breaking the marriage, when Mishti demands Ishaan home.