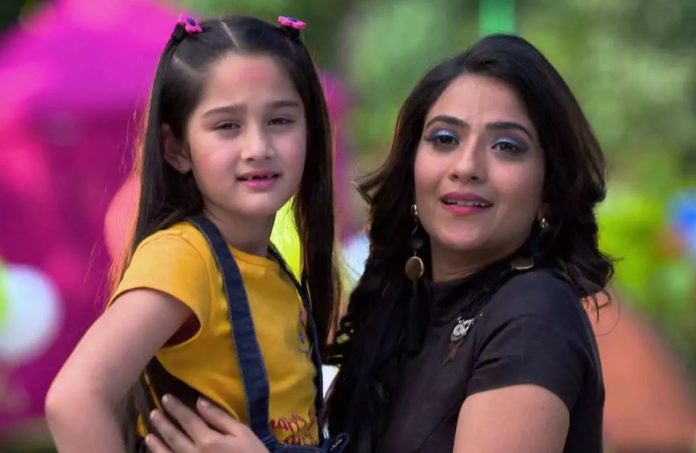 Silsila Upcoming Mishti accidentally jerks off Pari into the pool. She gets scared. Mahek gets worried for Pari. She rescues Pari. She wants to inform Kunal. She scolds Mishti for hurting Pari. She wants to know who are Mishti’s parents, who didn’t teach her anything right. Mauli gets to see Mahek shouting on Pari. Mauli tells Mahek that Mishti is his daughter, who can’t do anything wrong. Mahek tells Mauli that Mishti has locked Pari in washroom at her home, her behavior is bad. Kunal reaches there and finds Pari in trouble again. Kunal asks Pari is she fine. Mahek tells Kunal that Mishti has pushed Pari in the pool and risked her life. Kunal asks Mahek to relax. Mahek doesn’t want Pari to fall in any danger.

She loves Pari a lot. She asks Mauli to answer her and say the truth, did she push Pari. Mishti admits of doing the mistake. Mauli yells at her for risking Pari’s life. Mishti doesn’t listen to her. Kunal asks Mauli to forgive Mishti, since she is just a little child. Mauli apologizes to Kunal on Mishti’s behalf.

She makes Mishti apologize to Pari too. Kunal asks Mauli not to stress, he has forgiven Mishti. Things get complicated even for Ishaan, who can’t accept that Mauli has ended all the ties with him. Sandhya learns about their break-up and tells him that he should forget Mauli.

Ishaan tells her that Mauli didn’t move on, since she can’t end her ties with her old relations. He tells her that Mauli values relations, he respects her decision, he wants to wait for the day when Mauli forgets her past with Kunal. He is sure that Mauli will come to him. Kunal realizes Mishti’s hatred for Pari growing because of Mauli and his relationship. He feels sorry that he is the reason for Mishti’s hatred and anger. He doesn’t want Mishti to be wrong. He tells Mahek that he is feeling guilty for drawing Mishti to this point. He doesn’t want to blame Mishti.

Mahek tells him that its not his fault. Kunal wants to unite his daughters. Mauli takes Mishti’s class at home. Mishti tells her that she wants Ishaan back with them, she doesn’t want Kunal and Pari. She argues with Mauli. She gets upset with Mauli, who scolded her in front of Pari. Radhika tells Mishti that she should be sorry for her wrong actions. Mishti turns upset with the family. She wants to talk to Ishaan. Mauli asks her not to bother Ishaan, he isn’t her dad and won’t come to meet her. Mishti rebels against Mauli’s decision. Mauli gets blamed by Mishti. She breaks down with Mishti’s bitterness towards her. Mauli feels she is doing injustice with Mishti. Mishti tells Mauli that she hates her for making Ishaan away. Mauli feels losing out to life.