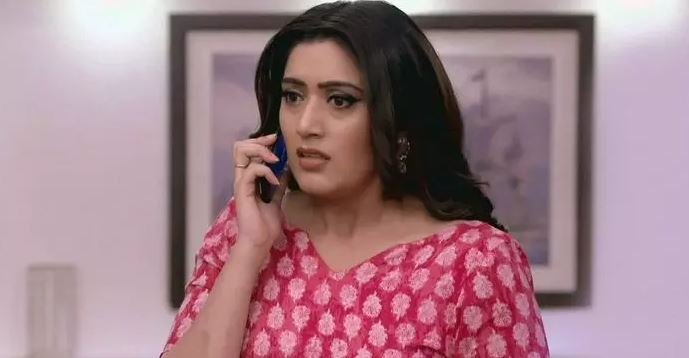 Yeh Hai Mohabbatein Emotional trap laid by Sudha. Simmi cries for Ananya. She doesn’t know what to do. She gets dreaming about Ananya. She is happy that Ananya is still around her. She falls weak when she sees Rohan shivering with fever and cold. She checks on Rohan and panics. Ishita and Raman ask why is she worried. Simmi tells Raman that Rohan isn’t acting this drama, he is having high fever. Rohan and Karan struggle more, which upsets Simmi. Raman and Ishita take Rohan’s fever light and don’t care for him.

They feel Rohan is upto some drama again. Karan informs Simmi that Rohan has fainted by fever. Simmi worries for Rohan. She gets raging when Ruhi and Aaliya find Rohan putting up a drama. Simmi tells them that Rohan really needs their care. Ishita tells them that they can take Rohan to the hospital. They call the doctor home and learn that Rohan is suffering from Dengue. Simmi gets really concerned, knowing Ananya’s heart is beating in Rohan. Karan requests them to call Sudha home.

Raman and Ishita allow him to call up Sudha and inform about Rohan. Sudha tells them that she won’t let anything happen to Simmi. Simmi gets affected by Sudha’s lies. Sudha assures to Rohan that he will recover soon and then she will be taking him home. Nisha reaches Iyer house in disguise and attempts to kill Mr. Iyer. He struggles to get saved. Simmi cries for her daughter’s loss further. She tries to relieve Rohan. She tells him that she will look after him. She thinks Ananya has come back to her in Rohan’s avatar. Sudha requests Simmi not to make Rohan work more, since he isn’t well. Simmi keeps her word. Nisha stabs Mr. Iyer to kill him. He gets stabbed and rushed to hospital in time. Raman wants the police to nab Nisha.