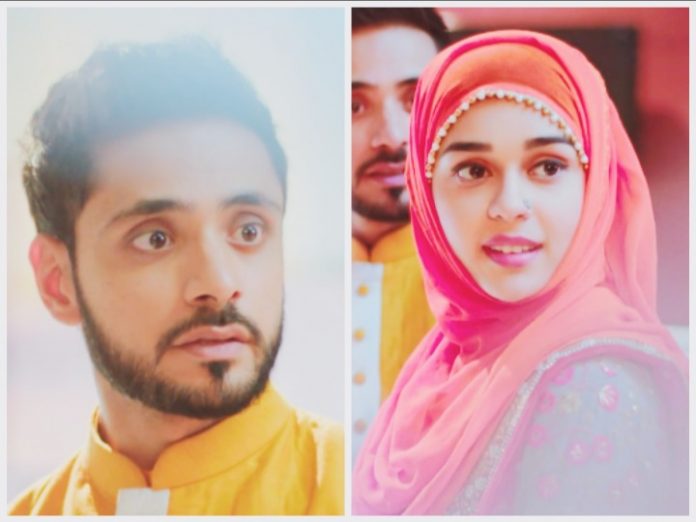 High Points in Ishq SubhanAllah: Kabeer gets much upset with Zara. He tells her that he is getting crazy seeing her poverty drama. He gets troubled. He is fed up and tells her that he will never see her face. He swears that he will not mend their relations until she changes herself. He can’t divorce Zara. He has to keep the respect of the family. Kabeer feels helpless. Zara troubles him and gets Ruksar there. He asks Kabeer to keep his responsibility towards Ruksar. He puts Ruksar to sleep and wants to go, but the water pipe breaks out. He tries to fix the water pipe. Kabeer doesn’t see Zara’s face. He gets upset with her. Ruksar asks Zara what’s happening. Kabeer doesn’t like Zara’s troubling ways.

Aapke Aa Jane Se: Sahil is compelled to marry Bhoomi. He tells Bhoomi that he will marry her and sits in the mandap. He gets the memory flashes of Vedik and his marriage. He regains his memory. He carries out the drama to know the plotting. Usha had come to snatch Sahil’s property.

She reveals her crimes on her own in front of Vedika and family. Vedika and Sahil have planned this to expose Usha and Bhoomi. Usha goes mad and asks Sahil to sign the property papers. She threatens to shoot Sahil. Bhoomi stops Usha from killing Sahil. Bhoomi tells her that she loves Sahil and can’t see him dying. Vedika calls the police to get Usha arrested. Sahil reveals his master plan to nab the evil doers and make them pay for their crimes. He tells Bhoomi that he just loves Vedika and will always be of her. Vedika and Sahil take the united stand once again and defeat their enemies. Bhoomi gets heartbroken for losing Sahil once again. Will Sahil and Vedika forgive Bhoomi? Keep reading.