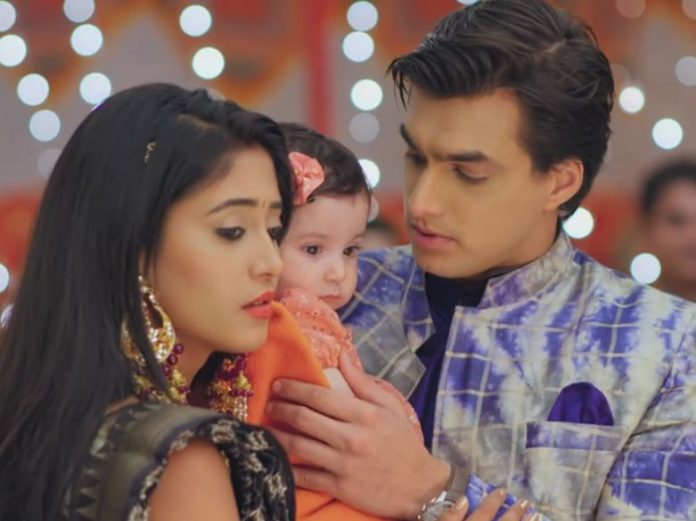 Yeh Rishta Naira Kartik get happy on finding the happiness in the household. Goenkas are taking care of Naira well, knowing she is going to have a baby. Goenkas get wishful of their heir. Dadi is much orthodox and wants the family to support her. She keeps her old school thinking in every matter. She tells Manish that whatever she does is for the betterment of the family. Dadi tells him that once Naira gets a baby boy, there won’t be any taunts from the society regarding the family heir. She wants to make sure that Kartik and Naira get a healthy baby. She has much worries for the coming baby. She takes Naira to a doctor, who conducts illegal sonography to reveal the baby’s gender.

Dadi doesn’t want to do anything unlawful, but comes in someone’s words. She takes this baby to know if Naira’s baby is a boy or girl. Dadi doesn’t reveal much to Manish either. She asks her son to just keep faith in her. Manish trusts Dadi’s prediction and remedies. He knows her decisions are always good for the family. Kartik gets hint of Dadi’s actions when he is informed about Dadi’s visit to the strange clinic. Kartik wants to stop Dadi from doing a mistake.

He has vowed to protect Naira and the baby. He doesn’t want any injustice against them. Dadi and Naira get a shocker on reaching the clinic, where police suddenly raids to nab the doctor and his team. The police also wants to punish the people who are willing for baby gender prediction.

Dadi and Naira get a close escape all because of Kartik. Kartik and Naira learn Dadi’s big wish of having only a great grandson. Kartik explains Dadi that its not in their hands to deliver a baby boy, its destiny and they have to accept a baby girl heartily too. Kartik fails to explain Dadi and Manish when they both get adamant to get the family heir. Kartik and Naira miss out Suwarna, who would have understood them. Kartik realizes that he needs to bring a chance in Dadi’s mindset. Will KaiRa succeed in the big challenge to condemn the gender inequality? Keep reading.

Aditi plans to expose Shivaansh, while he assures that she fails in her attempts. She challenges him that she will bring his truth out in next 24 hours. He challenges her that he will stay with her for the next 24 hours and fail her attempts. Aditi believes in truth. She feels Shivaansh’s fraud should be known to the world. Aditi wants to bring out the fake kidnapping news. Shivaansh and Aditi spend time together, for their own motives. They get knowing each other on personal grounds. Shivaansh shares his sorrow over his parents’ death. Aditi happens to hear him out.

Rawat family face another hurdle when someone stabs the baby toy. They fear for the baby’s life again. The entire family’s life gets in danger again. The goon threatens of killing the baby. Suyash takes police’s help to handle the threat. Inspector gets the threatening note. The goon doesn’t want Falguni to give statement against him in the court. Suyash asks Falguni not to be scared for anything, he will always support her. But, Suyash feels scared for baby’s safety.