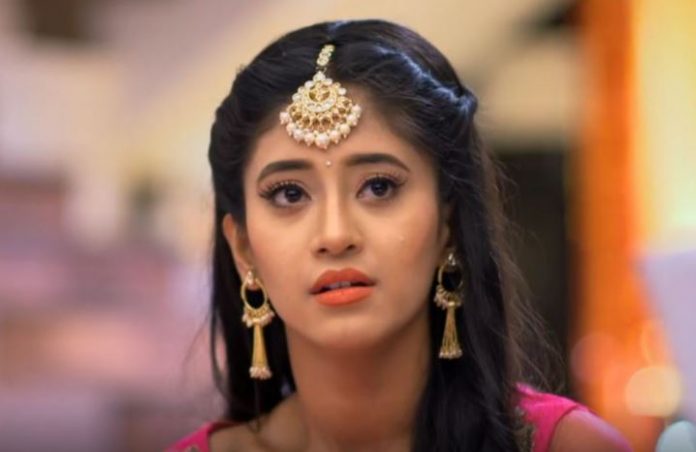 YRKKH Shocking Naira takes the bold step to complain against Dadi’s misdeed. Dadi has committed an offence to take her for the sex determination test of the coming baby, knowing that its an illegal act in their country. Naira wants to change Dadi’s thinking and prove that knowing a baby’s gender is a crime, against the laws and also against the human emotions. Kartik and Naira get deeply hurt by Dadi’s wrong act. They didn’t imagine their house elder to commit such a big mistake. Dadi feels that she can take a timely action and change the baby girl into a baby boy by performing big pujas and pleasing the God.

Kartik tells Dadi that its impossible for a human to get wishful baby, they just have to be ready to welcome the baby boy or girl as per their fate. Kartik cuts down Dadi’s superstitions. Naira also takes a stand against Dadi’s silly act and blind beliefs. She asks Dadi to just pray for a family heir, without breaking their hearts. Dadi and Naira have a new clash when Naira poses the matter to the police. Manish protects his mother from police and also from Kartik’s anger by supporting her wishes. Naira fears that this difference in mentality will ruin the coming happiness.

Muskaan:
Sir ji learns that Ronak has left the house. He calls up Ronak for a meet. They meet in the park. Sir ji asks Ronak the reason for leaving the house. He wants his heir back with him. He asks Ronak to return home and stay with them. Ronak has other plans. He wants Sir j to accept his truth in front of the family. He doesn’t want to risk Muskaan’s life by involving her in the father-son clash. Ronak denies to return home and advises Sir ji to mend his ways first.

Sir ji gets confident again. He tells Ronak that sometimes hunter also gets trapped in his plans. He taunts Ronak on his failure. He asks Ronak how will he counter his evil, if he isn’t evil enough. He asks Ronak will he fall to his level of evil to expose his truth. He always fails Ronak and reminds him that he is his father and ahead of him always. He asks Ronak how is he feeling now. He says I m like a snake who has a habit to bite people, what wrong did I do by kidnapping Shalu. He explains Ronak that he can go to any extent to save himself from exposure. Ronak didn’t imagine to fall to this level. He sees his dad’s terrible truth and feels helpless. Sir ji gets happy that Ronak has turned scared of him and now he won’t do anything against him.

Jiji Maa:
Uttara doesn’t want Falguni to give statement against the criminals. She takes advantage of the gangsters matter and tries to kill Suyash. She hires Birju to kill Suyash. Falguni and Suyash are scared that their enemy is close to them and keeping a watch on them. Birju gets arrested by police, but gets shot. Birju names Uttara before his death.

Mariam is getting married to Fawad. She has come in a bridal attire. The day brings lots of happiness in her life. Majaaz’s truth has come out. Majaaz joins the family again. Everyone is happy that Mariam has kept her promise and united the family. They bless Mariam and Fawad. Mariam and Fawad meet for Nikaah. The Nikaah ceremony goes on well. Mariam and Fawad get married and then see each other’s face in the mirror. They are not aware of Rifat’s planning against them. The chandelier falls over Mariam. Fawad rescues Mariam. They stay unharmed. Meher and Zain also get married. Majaaz and Madiha bless their daughters.