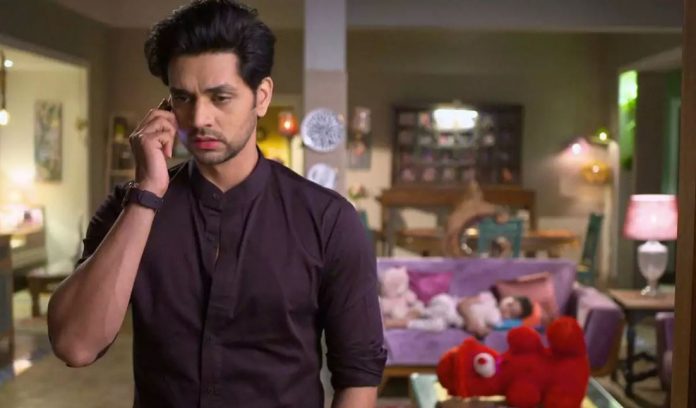 Upcoming Twists in Silsila: Ishaan gets angered on Kunal for spoiling his relation with Mauli. He feels Mauli isn’t able to trust him because of Kunal’s deceive. Kunal holds himself responsible for Mauli’s decision of not marrying Ishaan. He tries to meet Ishaan and amend things to help her. He meets Ishaan and gets blamed for the relationship’s wreck up. Ishaan bursts anger on Kunal for coming back in their lives and creating a mess. Kunal apologizes to Ishaan and admits that he is at fault. He offers help to Ishaan to win back Mauli’s love. Ishaan feels Mauli will be more upset with him if she knows that he has taken Kunal’s help. Kunal asks him to give him a chance for Mishti’s sake. He tells how Mishti wants to have him.

On the other hand, Radhika counsels Mauli over marrying Ishaan. She asks Mauli not to play with Mishti’s feelings. Mauli doesn’t tell them about Sandhya’s condition. Radhika realizes the same. Ishaan agrees to Kunal’s offer. He asks Kunal to give him ideas to win Mauli.

Kunal comes up with silly and old ideas. Ishaan laughs on his stupidity and tells Kunal that he has done all the special things for Mauli. Kunal asks Ishaan to plan a surprise for Mauli, which will work on her. Ishaan doesn’t want to repeat anything that reminds Kunal of him. Kunal tells Ishaan that Mauli deserves much happiness in her life. Kunal and Ishaan share a hearty talk. Ishaan is aware of Sandhya’s rejection on Mauli. He tells Kunal that Sandhya isn’t liking Mauli’s connection with the past. Kunal asks him to first get Mauli on his side and then convince Sandhya.

Ishaan strives hard to convince Mauli for their marriage. Mauli doesn’t get influenced by his attempts. Ishaan gets the rejection and loses hope. He tells Kunal that Mauli isn’t going to agree so soon. Kunal asks him to keep trying. Kunal plays cupid for Ishaan and Mauli again. Kunal reaches the clinic to meet Mauli. He keeps a watch on her. Mauli gets busy in her work. She tries to talk to Kunal regarding a patient’s case.

Kunal turns rude towards her, so that she understands Ishaan’s feelings. He wants to end Mauli’s feelings for him. He refuses to be answerable to Mauli on the matter. Mauli gets stunned with his rudeness. Kunal ousts Mauli from his life with a formal statement. Mauli realizes the big change in Kunal’s personality. Kunal shows the drastic side only to upset her. He wants Mauli to hate him. She feels ashamed to love him before. Kunal doesn’t care for her anger. He is happy that Mauli has fallen in his plans and will now go back to Ishaan to share her grief. He knows that the grief given from him will bring Mauli closer to Ishaan. Kunal stays generous and humble towards the patients, but projects a rude side to Mauli. Ishaan makes efforts to please Mauli and change her decision.