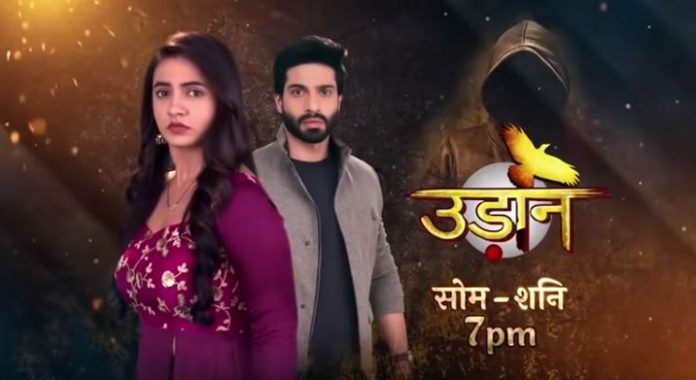 Spoilers for Udaan Mariam Khan and more… Ishq SubhanAllah: Zeenat insults Zara and blames her for careless behavior towards Ruksar. She tells Kabeer that Ruksar has gone missing just because of Zara. Zeenat is much protective for her sister. Ruksar tells Zeenat that she had gone out by her own wish. Kabeer defends his wife Zara. There is much drama and clashes in Kabeer’s family because of Zara again. Ruksar tells Zeenat that she wants to stay with Zara only.

Udaan:
Imli falls in trouble after she succeeds to expose Akash’s misdeeds and get him punished. Akash gets freed again with the help of his aide Damodar. He has the police in his control. He uses his contacts and gets released only to avenge Imli. He orders his goons to kidnap Imli. Imli wants to spend some peaceful time with Chakor. She gets kidnapped by Akash’s goons. She is taken to the police station. She learns Akash is freed and rebels. Inspector Damodar and Akash get Imli attacked. Chakor wants to save Imli. Even she gets trapped in Akash’s plan when she reaches there. Goons also try to capture Chakor. Chakor struggles to free Imli from the evil clutches. Raghav makes a heroic entry. Raghav reaches there and save Imli from Akash and his goons. Chakor bashes up the goons. The action scene will be the next high drama point.

Shakti:
Varun finds a way to trouble Surbhi. Soumya slaps Varun. Varun speaks ill about Soumya and Surbhi. Maninder and Nani support Soumya. Soumya turns bold and brave, unlike before. She doesn’t want for anyone to take a stand for her. She herself manages to teach Varun a lesson. She doesn’t want to bear any nonsense. Soumya tells Varun that she is with Surbhi and will protect the coming child. Varun tries to show his rights on his child.

Aapke Aa Jane Se:
Vedika tries to revive Sahil’s entire memory in the New year party. She wants Sahil to remember her as his wife. Vedika tries to bring him close to Ved. She feels Ved can remind Sahil about their bond. The celebrations will bring twists. Vedika hopes that the new year brings lots of joy and harmony in their life. Sahil learns about Vedika’s friend, who is tortured by her husband. Sahil tries to save the lady. The man beats up Sahil and ousts him from the house. The man angrily takes his wife along. Sahil falls down. Vedika reaches Sahil and asks him the matter. Sahil asks Vedika to save her friend. They have an emotional moment.

Mariam Khan – Reporting LIVE:
Mariam learns about Majaaz and Madiha’s financial difficulties. She also has big dreams for her wedding, but doesn’t want to burden her family. She realizes that they can’t carry the grand wedding arrangements ahead. Mariam wants to talk to Fawad in order to relieve her parents. Fawad overhears Rifat’s plans for grand wedding ceremonies for her sons. When Mariam tries to tell Rifat that Majaaz and Madiha can’t put up lavish weddings, Rifat starts her emotional drama in front of Fawad. She tells him to at least think of Zain’s emotions.

She asks Fawad to go and ask Aaliya’s big dreams for Zain and Meher’s wedding. She doesn’t want to help Majaaz, and instead puts load on him. Fawad understands Rifat’s fake concern. He meets Majaaz and tells him that Zain is a simple person and would like a simple wedding, and even he would like to have a simple Nikaah ceremony with Mariam. Majaaz and Madiha feel proud of Fawad and Zain, for supporting them.