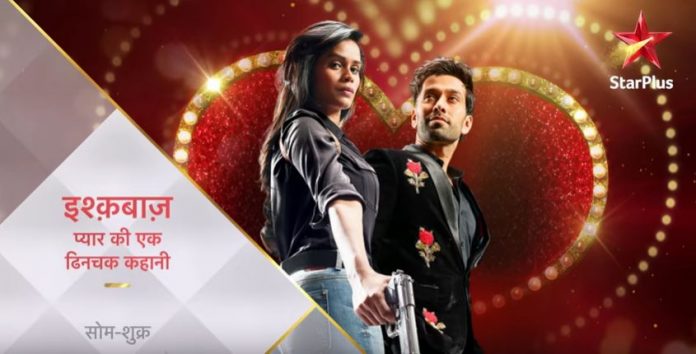 Ishqbaaz Situational Romance for Shivaansh and Aditi. Shivaansh tells Aditi that he will be always with her like her shadow and she shouldn’t limit him. He sings and dances to annoy her further. Aditi is least interested in him. Aditi calls Shivaansh for the briefing. Shivaansh gets pleased with the police staff who are highly cooperative because of his superstar status. Shivaansh meets Aditi in the park. She teaches him a lesson by showing him the dangers and risks involved in her duty. She asks him not to waste his time and leave. Even Aditi falls down. Shivaansh helps her. They get into a moment. Shivaansh tells Aditi that he will always save the girls in trouble, be it movies or reality. He impresses Aditi. She doesn’t want to tolerate him. She wants to tell Nandini that she doesn’t want Shivaansh with him.

Shivaansh tells her that he is still around and on time. She asks him to quit. He doesn’t want to quit. He asks her why is she desperate. He asks if she is affected by his charm by their close moment.

He reminds how he has held her in arms and saved her. She doesn’t want him to repeat those things again. He tells her that if he is a hero, she is his heroine. He gets flirting with Aditi. She doesn’t want to hear his annoyance.

Shivaansh tells Nandini that he is having the best time with Aditi. He asks Aditi to confirm the same. Aditi tells the same thing to Shivaansh. Shivaansh wants to know if the special moment has made a place in Aditi’s heart. Aditi asks him to stop the nonsense. She promises to make it tough for him. She investigates a case, and tells Shivaansh that she doesn’t want his interference. Shivaansh adds the filmi touch to the case. He tells her that he can help her in investigations. Aditi gets surprised by Shivaansh’s smartness and inputs in the case. Shivaansh impresses Aditi and her staff. She asks Shivaansh to interrogate the criminal and save their time if he can.

Shivaansh comes home after work. He gets a happy surprise when he meets his cousins. Gauri and Omkara’s daughter, and Rudra and Bhavya’s son make an entry. Shivaansh catches his sister’s mischief, when she tries to scare him acting like a ghost. Shivaansh gets too happy seeing Radhika and Dhruv back. The trio are the new Ishqbaaz and talk to their Nani and Dadi.