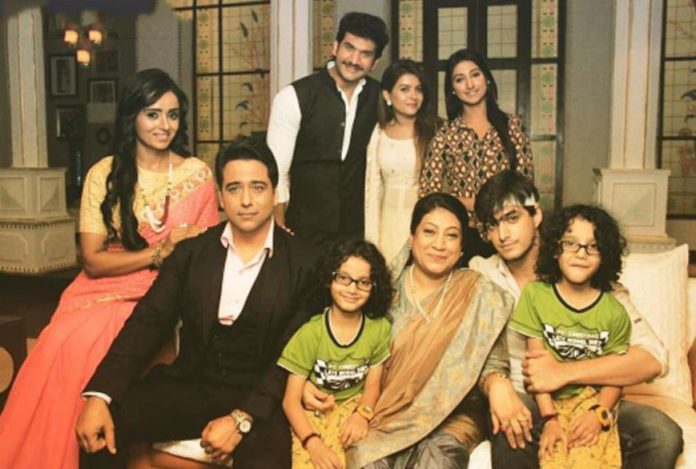 YRKKH Huge twists to strike Kaira and family. Naira gets hugely disappointed with Dadi. Dadi tries hard to clarify her stand and explains the importance of heir to Naira. Naira doesn’t support any gender discrimination. She fears for Dadi’s wrong move, which can shatter their happiness. She makes a move out of the house. She gets a bigger shock on learning that Dadi has arranged the mobile set up for the medical tests to know baby’s gender. She doesn’t want her child to face discrimination before birth or ever again in future. She teaches a lesson to the fake doctors by heading the van to the police station. Kartik waits for Santa to return. He answers the kids about Santa. He thinks of going upstairs and calling Naira. He meets the real Santa and learns that Naira has come as Santa in the party.

Naira complaints about the illegal practice. She asks police to take an action against such people who lead such wrong practices against humanity. Naira gets them arrested. She doesn’t reveal about Dadi’s wish to know about the baby. She stays disturbed. She wants to confront Dadi. Goenkas worry for Naira knowing she isn’t at home.

Dadi wants to tell Kartik that she had upset Naira. Naira returns home with police. Kartik worries for Naira. Inspector tells Kartik about Naira bursting a huge racket and getting evil people punished. She drops Naira home and thanks her family as well. Manish wants to know about Naira’s great work. Naira reveals her big decision that she doesn’t want to stay with Goenkas.

Kartik asks her if she is joking. Naira blames Dadi and tells the entire matter to Kartik. She reveals Dadi’s misdeed to the family. Dadi feels ashamed when her doings get known to the family. Dadi tells Kartik that she wanted a baby boy and was keen to know about the baby’s gender. Manish tells Kartik that Dadi hasn’t done anything wrong. He supports his mum. The matter gets mixed opinions. The arguments begin in Goenka house after the party is called off. Manish justifies that he isn’t wrong.

Surekha blames Dadi for mentally disturbing her during her pregnancy by compelling her to give a son to the family. She tells them how much worried she was at the time of Mansi’s birth. She blames Dadi for making her pregnancy a punishment for her. Kartik doesn’t want Manish to support Dadi. He asks him to at least explain his mum. Manish tells him that everyone wishes for a heir. Kartik gets a shocker by Manish’s behavior. Naira tells Dadi that performing puja isn’t wrong, but getting the illegal medical tests done by fraud is totally wrong. Kartik can’t believe that Dadi has put Naira in pressure.

Naira tells Kartik that Dadi has confessed this herself. She worries that Dadi’s step could have taken a toll on her health or on the baby’s safety. Kartik and Singhanias warn Dadi against mishandling their sentiments. Manish also gets speechless knowing the complete matter. Kartik and Naira stay hurt and want to prove that both a son and daughter bring equal happiness in the family. Kartik takes a radical step for ensuring the baby’s safety. He makes Dadi and Manish away from the coming child, to teach them a lesson.