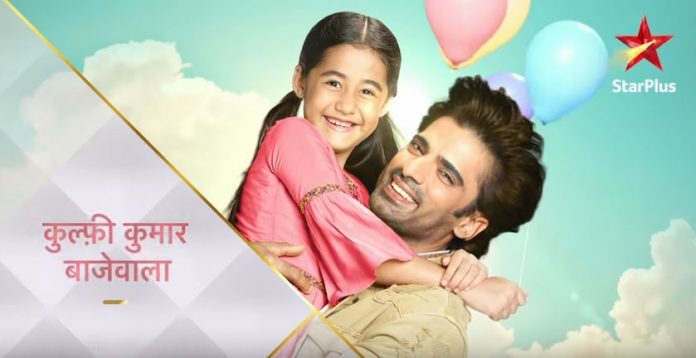 Ishqbaaz Kulfi Kumar Bajewala: Upcoming twists and turns. Ishqbaaz: Shivani’s relation breaks because of Shivaansh. Radhika tells Shivaansh that the groom’s family has seen the fake kidnapping news and broke the alliance. Shivaansh gets upset knowing the fake kidnapping plan made by him to do well in business has ruined his family’s happiness. Dadi consoles Shivani. She asks Shivaansh how did this news come out. She worries that society will taunt and make news about them. Shivaansh asks Aasya to stop the news from spreading further. He thinks Aditi has leaked the news, since she had challenged him about it before. Dadi gets unwell with the problems at home. Shivaansh gets too worried and holds himself responsible for Dadi’s state.

Kulfi Kumar Bajewala:
Sikandar fulfills Kulfi’s wish. Amyra tells Sikandar that they have put the names of the children in chits’ bowl. She asks him to pick a chit and have a decision made. He tells him that new year party will happen in the family, whose name gets selected by the chits game. Amyra and Kulfi make this plan to get Sikandar and Lovely together.

Sikandar picks a chit and tells them about the chosen chit, Amyra’s name has come in the chit and now the party will happen in their house. Amyra asks Sikandar can they keep the party at their house. Sikandar tells her that he can do anything for his princess. He promises them that he will throw a grand party. The kids get happy. Amyra tells him that there is a big problem. He tells her that he is aware of it, he ha to convince Lovely to come. Amyra requests him to talk to Lovely and convince her. Sikandar agrees to her and goes to meet Lovely at Tony’s house. Sikandar and Lovely come together again for Amyra’s sake. Kulfi is happy seeing Sikandar’s family forming again. Tony and Gunjan plan otherwise and want to separate them.