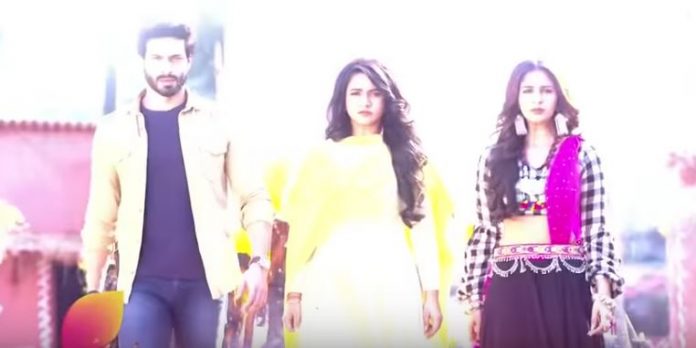 Udaan A love triangle will be seen between Chakor, Raghav and Imli. Chakor is worried with the growing closeness with Raghav. Chakor feels Raghav is Suraj for a moment. Chakor reminisces Suraj, when Raghav behaves like Suraj. She gets surprised with his words. Raghav tells her that he is learning a lot being with her. He gifts her a doll. She slips down the stairs. Raghav holds her to balance. Chakor gets upset and misses Suraj. She scolds Raghav and reminds him the contract. He asks her if she is angry with him, what mistake did he do. She tells him that they are not husband and wife, that she spends time with him. Raghav doesn’t understand the reason for her anger.

Raghav gets speechless. Chakor hurts him in anger and goes. Tejaswini sees them arguing. She feels Chakor should move on after Suraj’s death. She wants Chakor and Raghav to marry. She knows Chakor will not agree to her. She talks to Raghav about marrying Chakor. She asks him to win Chakor’s heart and convince her for marriage.

Raghav goes to meet Imli in jail. His entry brings a smile on Imli’s face. She gets very happy to see him. She tells him that she was really missing him. Raghav asks her not to start flirting again. Chakor also visits Imli and gets food for her. She pampers Imli with love, knowing her sister has completely reformed. Chakor feeds the food to Imli. Raghav likes Chakor’s greatness since she has forgiven Imli again. Raghav falls in love with Chakor. Imli gets dreaming about Raghav.