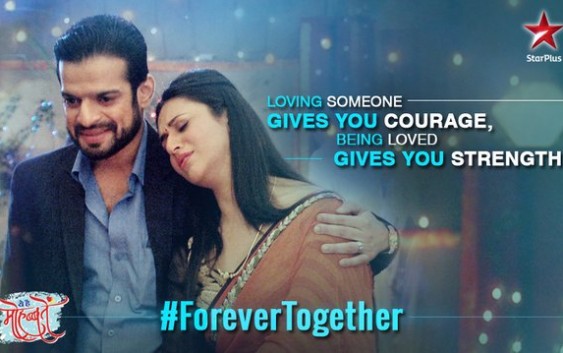 Yeh Hai Mohabbatein IshRa connect again. Rohan doesn’t want Sudha to ruin the Bhallas by troubling Ishita. Sudha tells Karan that she has made a plan to control Rohan. She does a drama to win Rohan’s sympathy again. Rohan gets caring for her. Sudha tells Rohan that she will not trouble Bhallas more, and she will do as he tells her. Rohan is happy that Sudha has left her craze. She tells him that she is ready to remove the 100 crores clause from the divorce papers. She tells how much she misses her sons. She tells him that she wants him back home. Rohan assures that he will divorce Aaliya. Sudha learns that Raman didn’t get any lead of Ishita yet. Raman demands Sudha to leave if she has met her sons. Sudha is happy that the kidnappers didn’t double cross Parmeet. She wants to inform Parmeet that goons still have Ishita captive.

Goons argue for money. Ishita tells them that Raman can pay them any amount if they drop her home. She asks them not to lose this chance. She tells them that she will make sure that police doesn’t arrest them. She asks them to make her talk to Raman once and try to make a deal with Raman. Goons agree to her and lets her speak to Raman on call. Meanwhile, Simmi gets worried because of Parmeet. She thinks if Parmeet is really behind Ishita’s kidnapping. Rohan finds Simmi in dizzy state and takes care of her.

Simmi stays in stress about Ishita. She wants Raman to find Ishita soon. She tells Rohan that she will not cheat Raman and Aaliya by listening to him. He tells her that Sudha has removed the 100 crore clause and now he can easily divorce Aaliya. She asks how did Sudha change. Rohan tells her that Sudha is missing them a lot and wants them home. He seeks her help in talking to Aaliya and Ruhi. Goons come in Ishita’s words and keep their terms. They ask Ishita to talk to Raman before the call tapping occurs. Ishita connects to Raman and asks him to call her by some other number, so that the number doesn’t get tracked. Raman gets a big shock. He obeys her instructions and goes to make a call to her to know the matter.

She tells him that goons are ready to leave her if he doesn’t call police. Ishita asks goons to let her talk to Raman for a minute more. She begs them and gets some time to have an emotional talk with Raman. Raman asks her if she is fine. She tells him that she doesn’t know about her location. She alerts him about Sudha and their old enemy. She asks him not to panic and deal with the matter with a calm mind. She promises to keep herself safe. Raman hopes that Ishita’s plan works. He doesn’t want to tell the family about her call. He hides the secret from police. He finds the family in tension. He tells his dad that Ishita is found, she has tried to convince the kidnappers to leave her free. He says maybe Parmeet is behind this and we need to catch him. Karan overhears Raman and informs Sudha about the new clue regarding Ishita’s kidnapping.