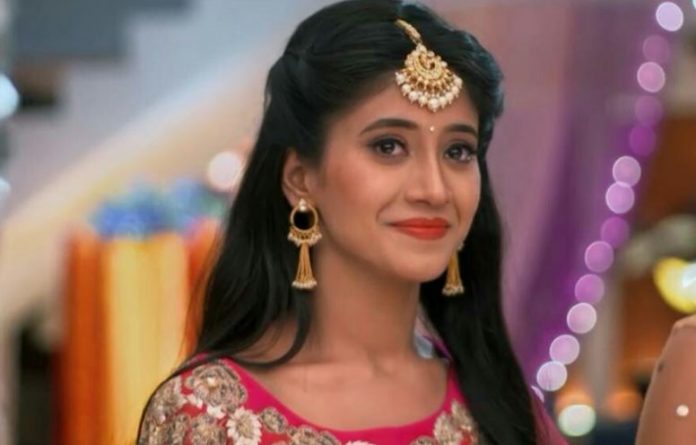 YRKKH New enemy Aditya will be entering Naira and Kirti’s baby shower ceremony to take revenge on Naira, since she is the one who has broken his relation with Kirti, by encouraging Kirti to take a stand for her self-esteem. Aditya plans to kill Naira and her unborn child. Naira stays alert since she has been seeing a similar dream since many days that her life is in danger. Naira wants to protect her baby. Aditya arrives in the baby shower function in disguise and goes to push off Naira on the stairs.

Jija Ji Chath Par Hai: Murari plans a trip with Karuna. Chote gets upset when his plan fails. Ilaychi and Pancham’s love story may get revealed to Murari. Chote also wanted to go to Shimla. Chote tells Murari that his dream broke and he is much angry. Murari asks him to go next time. They get into an argument. Pinky asks them to return the tickets to him. He brings a twist and snatches Murari’s happiness. Murari’s plan will get fixed when Pinky gives back the tickets to him. Murari and Karuna will be spotting Pancham and Ilaychi in Shimla and learn their love affair.

Udaan: Imli tells her big journey of crime to her jail mates. She tells them how she has changed into good because of her selfless sister Chakor. She says I have decided to quit evil and become good, so I have taken help from Chakor and started walking on the path shown by her. She tells them that she has changed for someone special, she has met a guy in this journey. She reminisces Raghav. She learns that Raghav has come to meet her. She gets excited to meet him. She asks constable to give her some cosmetics to her so that she can look good to Raghav. She wants to start a new life with Raghav. Chakor and Raghav have an argument. He goes out of the house. Anjor wants Chakor to be with Suraj. She tries to get them together. She plans a trip for Chakor and Suraj. She wants them to end their fight. She doesn’t want to see them sad.

Zeenat makes plans to trouble Zara. She gets torturing the servant. Zara takes a stand for the poor helpless woman. Zeenat blames the servant for stealing the mobile. Aisha tells Zeenat that she can’t blame anyone like this. Zeenat asks the servant to tell where is the mobile. Zara doesn’t let Zeenat break limits. Zara gives the money to help the woman. Zeenat has intentionally done this to take all the funds from Zara. She succeeds to snatch the earnings from Zara.