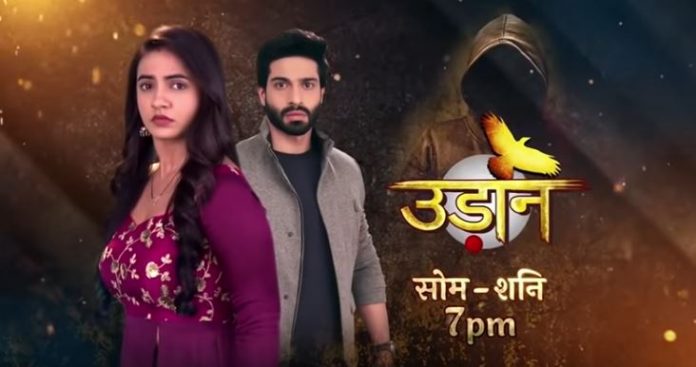 Udaan Marriage twist: Chakor and Raghav fall in the river. Chakor asks him not to jump down, knowing he can’t swim. Raghav struggles in the river. Chakor saves his life. She finds him in trouble when some leeches get on his back. She takes him away from the river and lights some fire. She removes the leeches from his back. She finds the herbs and applies the herbs to his wounds. Chakor gets caring for Raghav. She realizes his love, since he has jumped into the river even when he can’t swim, he has risked his life for her. She finds Raghav shivering and stays close to him to pass the body warmth to him. Chakor and Raghav have a moment of love.

Raghav realizes that she has done a lot to save his life and asks her if this isn’t her love. Raghav tells her that they should leave for home now. They leave from the jungle. Chakor gets her foot twisted and falls down. Raghav tells her that if she permits him, he will like to help her. He takes her permission to lift her. He lifts Chakor and walks a smile. It gets filmi situation for them. Destiny brings them together. Chakor considers to accept Raghav’s love. She gives her nod to marry Raghav. Imli gets a huge shock with the news of Chakor and Raghav’s marriage, since she is also in love with Raghav.