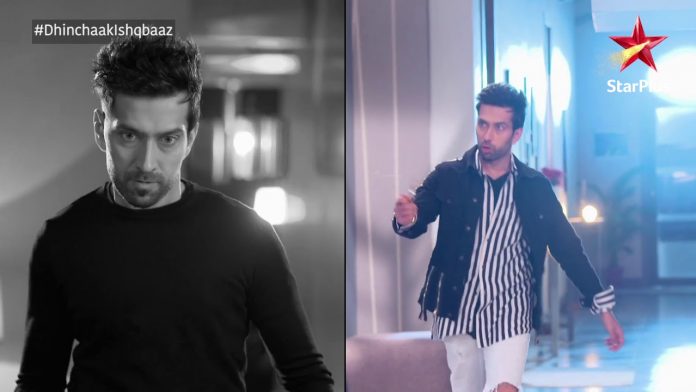 Ishqbaaz Upcoming: Shivaansh invites Angad’s Bua home to explain her about Radhika’s accident, which wasn’t expected by anyone. He asks Bua to have lunch with them. He signs Dhruv to drop the soup over Bua’s clothes. When Dhruv does this, Bua gets scolding him. Shivaansh asks Bua if she could control this mishap, if things are in her hands once something happens against her knowledge. He apologizes to her for explaining her the matter in such a way. Bua gets angry on Dhruv and Shivaansh. Shivaansh tells Bua about the deadly accident, and how Radhika survived like a fighting. Radhika sheds tears. Bua tells him that he is being foolish, she is angry since he has hidden the matter before.

Shivaansh wants to teach a lesson to Bua. He can’t see Radhika getting insulted. Bua thinks Radhika is a problem for everyone. She gets hitting him with taunts. Shivaansh doesn’t want Shivani’s alliance to break. He feels scared for his sister’s future.

Bua asks Shivaansh does he not find any difference in soup’s falling and hiding the truth. She asks Angad and his family if they have got her here to show this. She feels Shivaansh would have realized his mistake and wanted to apologize. She finds him disgusting to insult her this time. She asks Angad not to let her get insulted more. She gets venting anger on Shivaansh for lecturing her all the time. Shivaansh tells her that all he intends is Angad and Shivani’s marriage. Bua compels Angad to break the alliance with Shivani if he respects his family. Shivaansh has to crack the problem and help his family. Angad assures Shivani that he will speak to his Bua and try to explain her that they both are willing to marry. Shivaansh assures Dadi and Nani that he will restore the family peace and happiness.