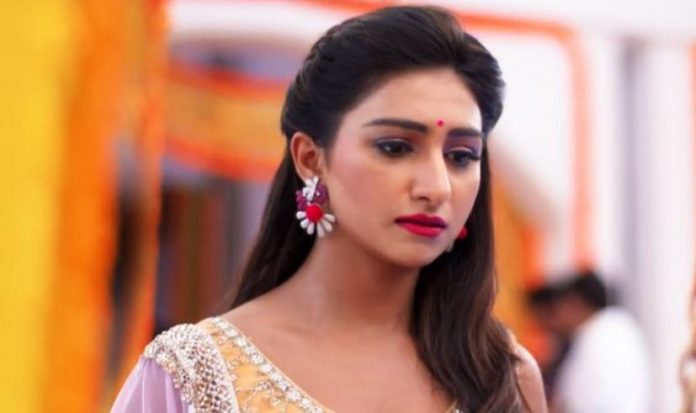 Yeh Rishta Kirti dies in the accident, about which Naira had been warned since last five months. There was much mystery regarding the person dying in the accident. Naira had shared her fears with Kartik before, but even he couldn’t understand the reason for foreseen mishaps. After Kirti’s sudden demise, the Singhanias are left broken down losing their invaluable Bahu. Naksh feels shattered with Kirti’s leaving. He feels like he has lost everything at once with her leaving. He wants to keep hopes, but loses courage. Kartik and Naira look ahead to welcome their joy, their baby, but are affected by the sorrowful blemishes over their joy because of Kirti’s death.

They didn’t know Kirti will be losing her life and this will be her final journey with them. Singhanias and Naksh want to end their ties with Kartik and Naira on bitter terms post Kirti’s death. Naksh recalls how Kirti has always supported Kartik and Naira, doing against everyone and convinced him for the short trip, when she was close to her delivery.

He tells the family that Kirti has mentioned this trip as her last wish and maybe this was destined to happen. Goenkas are also in much pain after losing their daughter, but can’t sacrifice Naira for Kirti’s loss. Dadi, Manish and Suwarna stop themselves from blaming Naira and ruining her life just like they did in Shubham’s case. They know Naira’s blood clot situation and try to make things easy for her. Aditya brings the bad fate for Kirti. Aditya’s involvement and motive behind his sudden re-entry in Kirti’s life will be known. Kartik and Naira try to cope up with Kirti’s loss. Naira will be giving birth to her child. What will destiny bring for Kartik-Naira and their much awaited child? Keep reading here for more on Yeh Rishta Kya Kehlata Hai.

Krishna Chali London:
Radhe dies and leaves Krishna forever. Krishna and Radhe’s family cry for him. Everyone breaks down and mourns for Radhe’s death. Radhe’s family men take his corpse for the final rites. Krishna can’t hold her tears. Radhe’s death twist will be bringing a big change in Krishna’s life. Krishna turns into a widow. Bua consoles Krishna.

Yeh Hai Mohabbatein Big Twist with Yug’s entry:
Shagun becomes Ishita’s savior, when Yug hides Ishita from Raman. Yug wanted to help Ishita, but he stops her when Shagun comes there. Ishita asks Yug what does he want. She shouts to Shagun to take help. Shagun informs Raman about Ishita’s whereabouts and asks him to come soon. Shagun and Raman get Ishita home. Ishita tells the family that Rohan is the one who has saved her life by sending his friends.

Rohan tells her that he has done this for the sake of Aaliya, he genuinely wanted to help Bhallas. Karan feels proud of Rohan. Rohan sets things fine in Bhalla house. Ishita returns home after a long time. She gets emotional meeting her family. Her mum hugs her and tells her that she will not let Ishita go away from her eyes. Parmeet has done a devilish thing to attempt to kill Ishita. Raman has managed to save Ishita after much ado.

She meets the entire family, and finds Simmi missing. She asks Raman where is Simmi, what has happened in the house. Raman blames Rohan for Simmi’s leaving. He tells her how Simmi has left the house because of Rohan’s lies. Rohan has really changed and tells Raman that he has sent his friends to save Ishita from the factory. Yug is a friend of Rohan’s friend. Rohan will also learn about Adi’s lookalike Yug. Ishita thanks Rohan for saving her on time by sending an angel for her. Ishita has already met Yug and doesn’t reveal anything to Aaliya. Rohan wishes Simmi comes back home.

Kulfi Kumar Bajewala:
Sikandar gets too angry on Lovely when she asks for divorce once again. He asks her why is she making him mad by coming close and going away again and again. He doesn’t want Lovely to play with his emotions all the while when he was hoping for things to get better. Sikandar wants to reconcile with Lovely. He also has a soft corner for her. Sikandar and Lovely fight again because of Gunjan and Tony’s conspiracies.

Kulfi fears for Amyra’s heartbreak on seeing the parents fight. Sikandar and Lovely pull Amyra to take her with them. Amyra gets divided between them and feels the pain. They both don’t realize Amyra’s pain and doesn’t stop. Kulfi can’t see Amyra in pain and shouts to stop them. Sikandar sings and expresses his pain to tell everyone about his relation with Amyra. He sees Amyra’s pictures and sheds tears. Even Lovely breaks down with the thought that she has hurt Amyra so much in her madness.