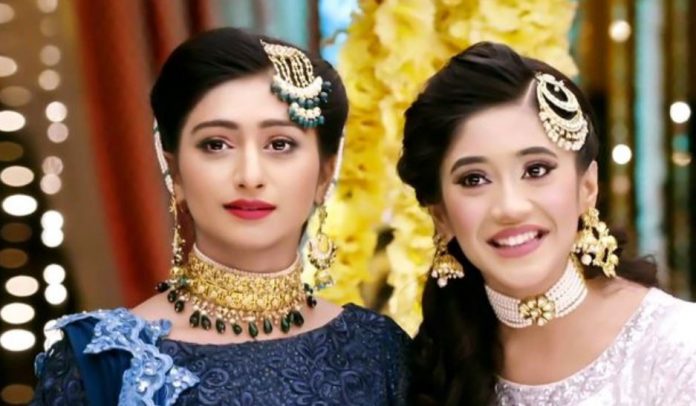 Yeh Rishta Revealed conspiracy: Kirti’s death brings a storm in Kartik and Naira’s lives as well. Naira connects the reality with her dream and warns Kartik again and again. Kartik doesn’t think she can get a hint of the future. He feels no person can foresee the future and maybe its just stress that Naira is conceiving such negative visions in her mind. Naira tries hard to get away from her bad visions. She still stays disturbed at the resort. Kartik tells her that she has to be happy, since he has promised Dadi that he will take good care of her. Kartik and Naksh have promised the families to protect their wives and get them home safely. Little did they know that the plan they have made will result in such a bad thing.

Kirti’s deadly accident shocks Kartik and Naira. Kirti is rushed to the hospital, where she delivers the child and breathes her child. Aditya has planned Kirti’s murder cleverly. He had earlier saved Kirti from an accident so that nobody doubts on him when he actually kills her.

He had planned Kirti’s accident even six months back, when Naira came in between and saved Kirti at the cloth dyeing factory. Aditya’s entire planning will be revealed. He was following Kirti everywhere on the pretext of work. He wanted to take revenge on Kirti since she had divorced him and married Naksh. Kirti’s life loses out to her bad fate. The family refuses to accept the bad fate and Kirti’s death. Will Kartik and Naira find the truth that Aditya is the culprit who has killed Kirti by a foolproof plan? Keep reading.

Similar track in Krishna Chali London: Accidental death of Radhe: Krishna gets Radhe’s dead body home. The family receives a big shock and gets ahead with Radhe’s final rites with a sinking heart. Shuklain feels troubled with the thought that Krishna is behind Radhe’s death. She holds Krishna responsible for the sorrow and ousts her from the family. She doesn’t want to keep any terms with Krishna now. Shukla family has lost Radhe forever and ends ties with Krishna as well.

Krishna explains to them that Radhe’s death was an accident. Even Krishna isn’t aware that Veer had hit Radhe and left him untreated on the roads, which led to this death. Krishna will be soon learning the truth of Veer’s involvement in Radhe’s death.

Ishqbaaz:
Shivaansh gets into fun moods and enjoys with his siblings. He tries to make Shivani forget the sorrow. Shivaansh brings a surprising news. Shivaansh pulls Khanna’s leg. When everyone teases Khanna, Shivaansh saves Khanna from them. They joke that Khanna is lucky guard to have Shivaansh with him to guard. He calls the lawyer home to transfer his property to one of his sibling. He tells his siblings that he wants each of them to be happy always. Nani and Dadi learn the big thing of property transfer, and question over the need to do this. Shivaansh hides his critical illness truth from his elders. He keeps numb and wants to find the deserving heir who can manage the entire business and family on his behalf post his death.