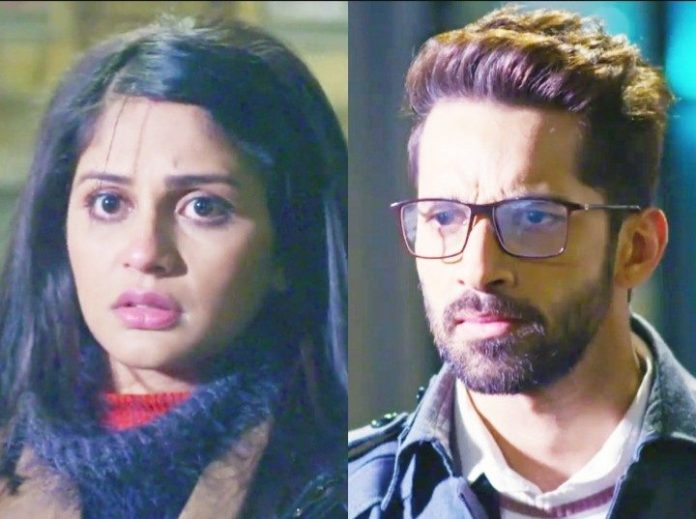 TR’s Quick Reads Krishna Chali London: Shukla is broken down after Radhe’s death. He asks Krishna to meet Veer and convince him to join Radhe Krishna hospital, where he has invested 20 crores. He doesn’t want his money to go in losses because of Krishna. He is aware that Veer has enmity with them. Even then, he believes that just Krishna can convince Veer. Krishna tries to convince Veer by stating her house’s financial low phase. Veer doesn’t want to help Shukla.

He holds a big grudge against Shukla. He isn’t aware of Radhe’s death and tells Krishna that Shukla is paying for his sins right now. Krishna gets to meet Dr. Batra who is an arch rival of Dr. Veer. Dr. Batra offers her help if she gives a written statement against Veer. Krishna refuses to help Batra. She feel she has done much injustice with Veer already. She determines to support Veer. Veer learns about Radhe’s death, and realizes he is at fault. He agrees to join Radhe Krishna hospital because of his guilt.

Internet Wala Love:
Jai goes to meet Aadhya in Mumbai. He has gone crazy in her love. He sees her everywhere and recalls their good and sad moments. He has mixed feelings and dilemma. He doesn’t know if this is love for Aadhya. He gets desperate to meet her. He has realized his mistake. He wants to apologize to her. Jai tells her that he is really wishing to get her forgiveness. They spend good time cherishing their friendship.

Sitara:
Sitara bears Viraj’s anger, but doesn’t leave her duties. She has married Viraj to stay close to him and protect him. She finds a poisonous snake near him. She catches the snake and throws it out. She gets bitten by the snake. Viraj wakes up and finds Sitara with the snake. She tells him that she is fine and doesn’t get scared of snakes. She has sworn to protect Viraj. She is much strong. The family learns that Sitara is bitten by the snake, but is absolutely fine. They call the doctor, who tells them that there are no marks of snake bite on her hand. Sitara also thinks why did she get affected by the poison. She wants to know if she is very strong to stay unaffected. Sitara’s dad tells them that the snake isn’t poisonous. He clears Sitara’s doubts.

Roop:
Roop fights Ranvir and bashes him up. He succeeds to save himself and Ishika from Ranvir. He gets Ishika home in unconscious state. The family gets a huge shock finding them hurt. They get worried seeing Ishika’s state. Roop tells them about Ishika’s injuries given by Ranvir. He tells how Ranvir has tortured her to take revenge. Kamla calls the doctor home to get Ishika treated. Roop gets Ranvir arrested. Ranvir will be out of their lives.

Tujhse Hai Raabta:
Malhar tries the laddoos he has prepared on Makar Sankranti. He gets toothache by chewing the laddoo. He finds the laddoos too solid. Kalyani asks him why didn’t he follow the recipe. She takes him to the dentist to get him treated. Some goons create hurdles for them. Kalyani bashes them up, when Malhar suffers from tooth pain. Malhar and Kalyani make the goons bite dust.

Tejaswini learns about Raghav and Imli’s marriage. She questions Chakor about sacrificing her love for Raghav. She asks Chakor how can she ruin Anjor’s life by this decision. She asks her to think what will Anjor go through seeing Raghav and Imli’s marriage, since she assumes Raghav to be her father Suraj. She asks Chakor not to neglect Anjor for the sake of Imli’s happiness. She tells Chakor that it will be good if Raghav marries Chakor, not Imli. She asks Chakor to get ready to answer Anjor’s questions. Imli meets Raghav and happily hugs him, confessing love to him once again. This comes as a shocker for Anjor, who witnesses this moment. She questions her dad about his relation with Imli. Anjor takes Raghav back to Chakor. She asks Imli to stay away from her dad. Chakor finds hard to explain the complicated lives to Anjor.