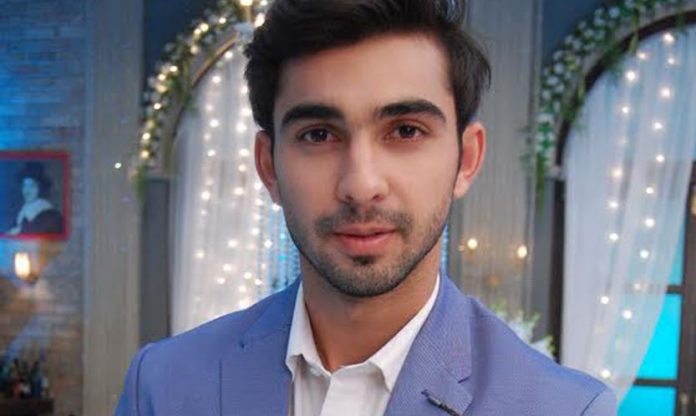 Yeh Hai Mohabbatein Yug decides to meet Ishita. Ishita feels Rohan’s friends aren’t bad, since they have taken care of her well. She gets a message from Yug. She goes to meet him. He gets angry on her and confronts her for back stabbing him. He asks her not to plot to frame him. She asks him why did she give him the big project to put him in trouble. Shagun gets to meet Yug and feels his similarity with Adi. She gets moved seeing him. Ishita tells her that Yug isn’t Adi, he is her savior. She tells Yug that she wanted to help him genuinely. She thanks him and asks him to take the business favor from her. She doesn’t want Yug to meet Raman and family. She clears her intentions to him. Yug accepts the contract and apologizes to her for speaking rudely. Shagun and Ishita get glad to see him behaving nicely.

They get emotionally down and miss their Adi, knowing Yug isn’t their Adi. Shagun asks her why does she not want Yug to meet Raman. Ishita doesn’t want everyone to face the same trauma again. She tells Shagun that everyone will go back in the past on seeing Yug. She asks Shagun to think of Aaliya’s emotional letdown.

She tells Shagun that she doesn’t want to have any relation with Yug. She doesn’t think it will be wise to involve him in the family. Pihu shares her problems with Ruhi. She doesn’t want Ishita to face questions at her school. She asks Ruhi to accompany her. Karan spies on Ruhi. He wants Ruhi to sign the divorce papers. He is sure that he will convince Aaliya as well. Raman asks the family not to let Ishita go out alone. He gets overprotective about her. Ishita gets happy seeing his love. She tells him about Pihu not telling them about the parents teacher meeting. She feels its their fault that they are embarrassing Pihu. She doesn’t want Pihu to face any odd moment. Rohan and Aaliya share a moment of concern. Rohan feels he has done much wrong with her. Sudha sends the divorce papers to Karan and asks him to manage from here. Aaliya gets fooled when Karan asks her to sign the circular papers.

He tricks her and gets her signs on the divorce papers. Shagun and Ishita plan an outing with Aaliya and Ruhi to Pihu’s school. Ishita learns Ruhi has gone with Pihu. She misunderstands Pihu. Aaliya tells the real reason for Pihu hiding the school matters from them. They realize that Pihu has become sensible and thought so much for Ishita. Sudha makes an entry in Bhalla house to get her sons back. She tells them that divorce has finally happened and now her sons are free. She asks them to lead their lives and let her sons enjoy their freedom. Rohan refuses to divorce Aaliya. He feels he really loves Aaliya. He learns about Karan’s trick and slaps him for attempting to break his marriage. Sudha and Karan get upset seeing Rohan’s big change. Raman lets Sudha’s sons free.