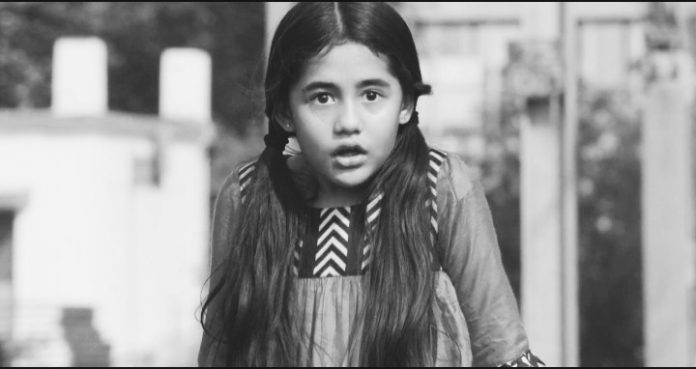 High Five Spoilers Kulfi Kumar Bajewala: Kulfi gets Sikandar after a long time. She wanted to live with them happily, but the moment shatters her heart when he doesn’t care for her life and rushes to save Lovely. The happy moment changes forever and makes Kulfi away from Sikandar. Kulfi wants to get his love. She wishes Sikandar loves her as he loves his own child. She tells to tell him the truth that she is related to him by blood line, she is his daughter. She doesn’t know why he didn’t save her life. She gets too heartbroken and distances Sikandar from her heart.

Sikandar wants to explain Kulfi that he has reacted as per the situation, but he loves her a lot. He fails to win back her broken trust. He holds Lovely responsible for this and loses his cool. He scolds Lovely for separating him from Kulfi in this way. He didn’t imagine that Lovely will go to this extent. Lovely and Sikandar’s relation turns ugly once again.

Sitara: Kuldeep is worried for Sitara. He tells Rajguru that Sitara isn’t aware of her truth. He doesn’t know how Sitara can revive the powers. Rajguru tells him that its Vrinda’s trick, Vrinda has surely captivated Sitara by her powers. Kuldeep is confused and wants to know how did Vrinda reach Sitara when he has locked up the Vishlok.

Ishq SubhanAllah:
Kabeer and Zara share the work load at home. Kabeer tells her that he will help her in cooking and also wash utensils, since he can’t put all the work on her shoulders alone. Zara doesn’t want him to do the household work. Zara cleans the house. She stays happy having Kabeer on her side. She asks him to not waste time at home and go to look for a job. She reminds him their small budget, which is a big task for them to achieve monthly. Kabeer tells her that he will go if she wants, but she will have to repeat a tongue twister after him. He gets teasing her. Zara doesn’t listen to him. She tells him that she can manage her work alone. She tries to complete his bet. She fails to say the tongue twister and laughs. She accepts his help. She asks him to solve the financial problems, so that they can give an assurance of support to Shahbaz and Aisha.

Ishqbaaz: Mannat is trying hard to enter Oberoi mansion. She goes to the market with her aunt, where she meets Shivaansh’s Nani. Aunt wants Mannat to become part of Oberoi family. Mannat isn’t aware of her aunt’s intentions. Nani shops for Shivani’s jewellery. She gets dizzy. Mannat rushes to help Nani. She protects the jewellery bag and drops Nani home safely. Mannat is Shivaansh’s die-hard fan. She wants to meet Shivaansh home. She gets a hit and miss when Shivaansh is close. When she comes across Shivaansh, she faints by the shock and falls in his arms. They have a moment of Ishqbaazi.

Jija Ji Chath Par Hai:
Ilaychi meets the prospective groom. Murari wants to fix her marriage with a rich guy. The families discuss the alliance. The cake attacker hits the men with the cake to punish him. The guy tells them that he has studied in London and works as a CA there. He tells his earnings, that he earns 5 crores annually. Murari blesses him and asks him to take care of his wife and in-laws too. Murari learns that his shop isn’t legally constructed and may fall in trouble. The guy’s father tells Murari how illegal buildings are destructed in the city. Murari asks his help in saving his shop.

Satya wants to get Jaya married to someone. Jaya is angry and asks Satya if she should distribute sweets for her second marriage. She is angry that Satya has not thought of her emotions. She can’t forget Samar. She refuses to get remarried. She tells Satya that marriage isn’t important to her, she loves Samar and can’t get over her feelings. She is upset with Satya, who isn’t understanding her emotions. Satya explains her that she should never lose, everyone needs a life partner to move on. Samar hears their conversation. He tells Jaya that he can’t live without her. He decides to leave from her house to make things easy for her. He is regretful that Satya is ruining their happiness.

He tells Satya that he will take his wife home. Jaya takes a decision in anger and tells her that she has agreed to remarry. Samar knows she can’t marry anyone else. He tells her that if she wants to remarry, he will stay back in the house and witness her marriage. He asks her to prove it that its presence doesn’t matter to her. He says its not easy for you to forget me.

Satya doesn’t want Samar to create hurdles in Jaya’s marriage. She asks him to leave. Samar refuses to leave. Samar challenges Satya that he will not let Jaya remarry. Satya takes his challenge and is very much confident this time that she will win.