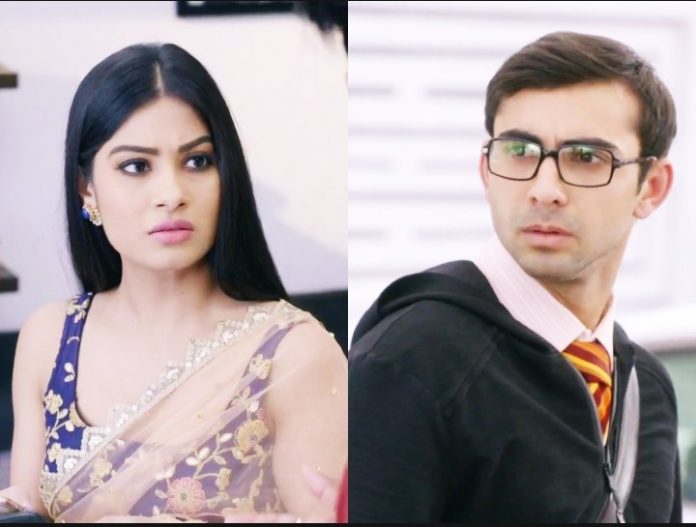 Star Hits YHM/Yeh Hai Mohabbatein: Bala tells Raman that they should trust Rohan, who has really helped them in getting Ishita back. Bala asks Raman to know Rohan’s efforts in going against his mom Sudha. He tells Raman that Rohan really wants to stay with Bhallas, away from Sudha’s negative influence. He tells that this is a big reformation in Rohan, and the family is responsible for this. Sudha finds ways to get Rohan back from Bhallas. Ishita and Raman pity Sudha for losing her son to them. They tell Sudha that they haven’t tied up Rohan, he is free to go to his mom, but they can’t help if Rohan isn’t willing to return. They ask Sudha to know how her evil has snatched her son.

Sudha gets angered at Raman and Ishita, and plans against them to get Rohan back. Ishita tells Raman that she wants to trust Rohan. Raman and Ishita have an argument regarding a contract. Sudha sends her manager to spy on Bhallas. She wants Rohan back with her. Yug will be entering the house. Sudha will be attempting to use Yug against Bhallas, knowing his greedy side. Sudha will bring Yug in Aaliya’s life, so that Rohan’s love for Aaliya ends.

Dil Toh Happy Hai Ji: Happy gets the permission to attend Dinky’s marriage. She is very happy. Chintu proposes Happy for marriage. He confesses love to Happy, which shocks her. Happy rejects Chintu’s love proposal. She can’t imagine Chintu has taken her friendly talk wrong. Chintu gets heartbroken with the rejection. He worriedly decides to get out of Happy’s life. She applies the haldi to Dinky and dances with her cousins. She is very happy for Dinky’s new life.

Chintu is upset with Happy. He decides to leave from the resort. Happy isn’t aware of Chintu’s leaving. When she learns that Chintu has gone, she worries and tries to call him up to apologizes. Happy tries to help Chintu and make him cheerful. She sees Rocky inside the room and hides from him. He gets under the bed. Rocky gets his phone and doesn’t see Happy. Happy gets Rocky’s phone after much difficulties and tries to check for Chintu’s phone number. She fails to memorize the number. She fails to contact Chintu.

Ishqbaaz: Shivaansh is finding the person who has hit him with a stone. Mannat is afraid since she can’t compensate for his pain. Shivaansh meets his biggest fan Mannat. She gets a huge surprise on meeting him. She feels sorry to hurt the person she admires the most. Shivaansh asks her who is she. He gets talking to her, while she stays lost in his eyes. He asks her if she is fine. She smiles seeing him. He gets mesmerized seeing her for a moment. He shouts on her. Her trance breaks. Mannat tells him that she is the new chief of staff. She gets impressing him.

Mishka gets jealous seeing Prerna around Anurag. She doesn’t want Prerna to ruin her engagement. Mishka sees Anurag confessing his love for Prerna and gets enraged. She loses her cool and swears to ruin Prerna’s life. She burns Prerna’s photo and turns revengeful. On the other hand, Anurag gets desperate to confess his feelings to Prerna. He imagines Prerna and confesses his love for her. Komolika becomes a hurdle in Anurag and Prerna’s love story.