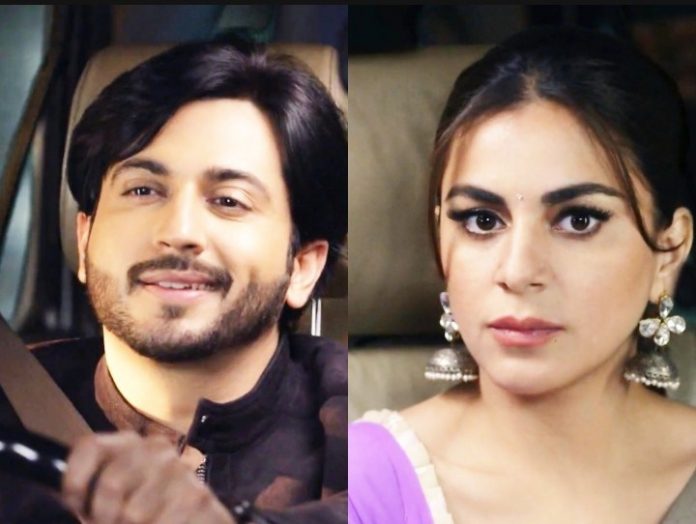 TR’s Quick Reads Kundali Bhagya: Preeta finds Billa’s broken shocking Prithvi. Prithvi and Sherlyn panic. Preeta shows the phone to Karan. They try to switch it on but finds the glass broken. Later Preeta’s dupatta gets stuck in the car’s door. Preeta tries to get it. Karan asks her to let him help her. Preeta asks him to open the door and it will come out. Karan pulls the dupatta in a hurry and gets her dupatta torn. He looks at Preeta through its hole.

Tujhse Hai Raabta: Anupriya hopes Malhar ends the hatred for Kalyani on knowing about Sampada’s truth. Malhar gets to see Sampada’s many lies and Kalyani’s good points. He gets surprised and thinks whom he thought right turned out to be his life’s biggest mistake. Atharv tells Sampada that he got married to Mugdha for a mission and tells that if Malhar catches them then they will prove that they never had an affair and he is happily married to Mugdha. He decides to use Mugdha for their financial needs. Sampada is shocked but agrees to his sayings. Malhar asks Kalyani to give her laptop.

Kalyani gives him a laptop. Malhar opens her laptop and sees chatting message and thinks with whom Kalyani is taking to, maybe college guy and thinks to find out. He calls the senior officer and tells that he is ready to go to college for a day disguised as a professor. He goes to Kalyani’s college disguised as a professor and thinks to find out if she is having an affair. He doesn’t know that it was Godaveri who chatted with the guy. He confronts Kalyani and gets proved wrong.

Kumkum Bhagya: Abhi and King have a heated argument. King is doubtful about Abhi and thinks of his proximity with Pragya. He gets irked with the thought of Abhi trying to have an affair with Pragya, although he is married to Tanu. Tanu waits for Nikhil to attack Pragya. Pragya stops their fight. In the party, Abhi hugs Pragya shocking King. King tells Abhi that he has noticed that he was closer to Pragya in the party and says she is not your wife. Abhi shoots back and says she is not your wife either. King is shocked to know that Abhi knows their marriage truth.

Roop: Roop waits for Ishika to say I love you. A customer likes the food made by Roop and appreciates him saying he never had such tasty food in his life. Just then Shamsher raids the hotel with his Police team and accuses the hotel of doing illegal things. He is doing this to make Roop lose the job and the hotel to get closed. He wishes to see Roop as an Inspector. Meanwhile, Sukha mingles with the family members and goes to do his new job.

Internet Wala Love: Jai’s love gets stronger all thanks to Rupa and Shubhankar. He aims to get Aadhya and fight for his love. He has decided to confess love to Aadhya, even though he is away from Aadhya. He comes to his radio station and starts his program. He starts Q and A round and asks the listeners to tell what to do if a girl gets away from the guy due to the family pressure. He welcomes the callers’ suggestions and drives ideas from them.