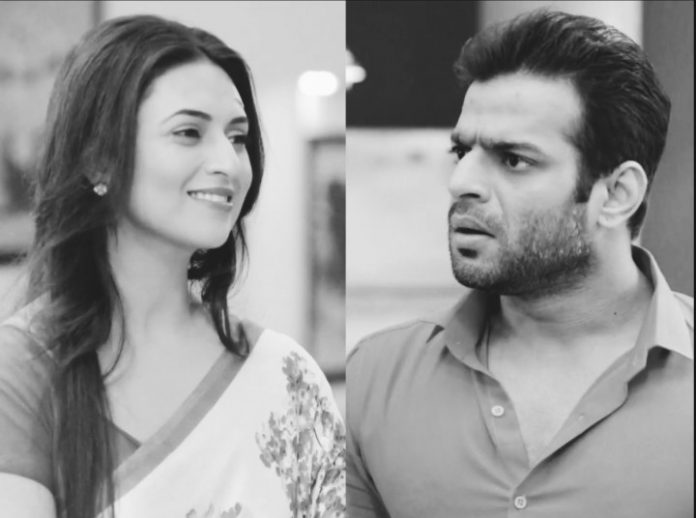 Yeh Hai Mohabbatein Raman Ishita face new troubles. Ishita meets Aaliya to know her feelings for Rohan. She asks Aaliya if she wants to give a chance to Rohan again. Aaliya doesn’t know if she should trust Rohan again. She doesn’t think if she should keep the marriage. She is happy that Rohan helped them in getting back Ishita. Ishita asks Aaliya to trust her heart. Aaliya is scared of Sudha. Shagun tells Aaliya that her both mums are with her. She feels Rohan will soon sign the divorce papers, since Sudha will convince her. Shagun decides to meet Yug. Yug doesn’t think its any trap again. He tells his friends that they are good guys in Bhallas’ sight, he should concentrate and try to gain information when he meets Shagun.

Shagun stops the guys from running away. She thanks them for saving Ishita. She tells them that she didn’t want to trap or scare them. She buys a sim card from Yug only to bond with him. She finds her son Adi in him. She gets emotional while she tries to deal with him. She stares at him, which makes him feel weird.

Meanwhile, Raman and Ishita try to find out if they should trust Rohan. Raman feels she is too nice and believes everyone easily. They forgive Pihu for not telling them about the meeting at school. Ishita learns that Rohan is staying at Iyer house. Raman asks Rohan what is he doing at Iyer house.

Rohan tells them that he is going to stay with Iyers, since Bala has permitted him. Raman asks Bala not to come in Sudha and Rohan’s words. He wants Rohan out of the house. Rohan tells them that he doesn’t want to hurt them. Bala tells them that Rohan has gone against Sudha to help them and this is the big reason. He tells them that Rohan has fallen in love with Aaliya. He wants to help Rohan in winning Aaliya’s love and trust. He convinces Raman and Ishita. Ishita is sure that Sudha won’t be able to do anything. Sudha and Karan stay upset and try to get Rohan back. Karan tells her that he can’t ruin his peace. Raman tells Ishita that he wants to thank Rohan’s friends for saving her life. Ishita doesn’t think they should meet them. She feels someone is observing them.

She alerts Raman about the person and asks him to nab him. Raman finds Sudha’s manager there and threatens of calling police. The man tells them that Sudha wanted to find about Rohan. They don’t tell the man about Rohan living with Iyers. Yug stays happy with his friends. He learns that Ranbir has lost his job. Ranbir tells them about his tough job rules. He wants to get a new job soon before his family criticizes him. Yug and Vishal encourage him and ask him to just chill out. Ranbir asks Yug to help him by taking to Ishita. He wants to get a job by Yug’s recommendation. Yug decides to meet Ishita for helping Ranbir.

Sudha learns Rohan is living with Iyers. She meets Rohan and asks him to come home. Rohan refuses to take her help. He understands relationships by living with Bhallas and Iyers. He doesn’t need any luxuries. He tells them that he has learnt the worth of relations. Karan asks him to come home for Sudha’s sake. Rohan denies to them. Karan gets angry on Rohan. Sudha faces some taunts by Raman and Ishita. They free Rohan and tell Sudha that they aren’t pulling Rohan back. Sudha hatches a new plan against Raman. She wants to ruin Raman’s life.