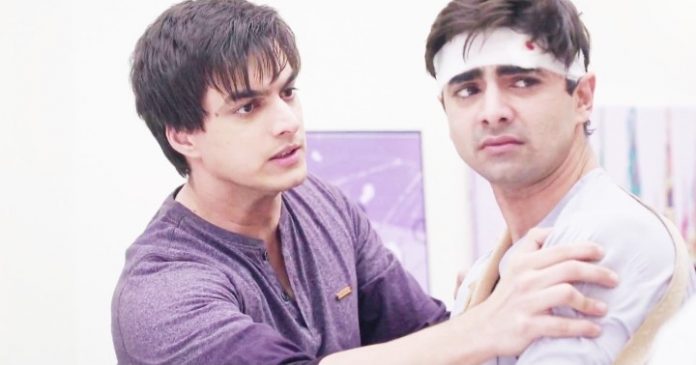 Yeh Rishta Shocking Kartik gets a new joy with the news of Kirti delivering a baby boy. He feels happy meeting his cute nephew. He wishes Kirti could see him too. He tries to take the baby. He rushes to talk to Naira’s doctor about her operation. Doctor explains him the risk and asks him to give his consent. He knows Naira is scared of the surgery. He meets Naira to give her strength. He tells her that he has spoken to her doctor, who told him about the necessary operation. He tells her that baby doesn’t want to trouble her. He asks her to be strong, since baby is watching her. She tells him how worried she is for the baby. She asks him to set everything fine. She tells him that she has a belief in him.

He tells her that its promise that he will make things fine for her. Kartik goes to meet his nephew and gets praying for Naira. He feels bad that Kirti isn’t able to look after her baby, who needs her so badly. Kartik awaits the result of Naira’s surgery. He gets overjoyed on getting his daughter in his arms. Doctor tells him that its his baby, but the baby is much weak. He thanks the doctor for saving his child. She tells him that Naira’s state is stable. She tells him that they have to treat the baby soon.

Kartik takes a moment to talk to his daughter. He gets happy and can’t express the feeling of fatherhood. He gives his daughter for the treatment. Doctor assures him that baby will get fine. He meets Kirti and tells her that he will fool her when she gets up, he will swap the babies and ask her to identify her baby. He tells his prank and asks her to come back to them soon. He hears Kirti’s baby crying and tells him that he will take care of him. He doesn’t want anything to happen to him.

He looks for his daughter. He asks the nurse where is his baby. The nurse breaks the shocking news that his daughter is no more, since she was weak since the birth. He doesn’t believe this. He feels its a bad dream. He gets into a disbelief. Nurse apologizes to him and asks him to accept the reality. She tells him that its the truth. He faces the truth and finds his daughter dead. His happiness gets short lived when he faces the terrible moment. He feels shattered.