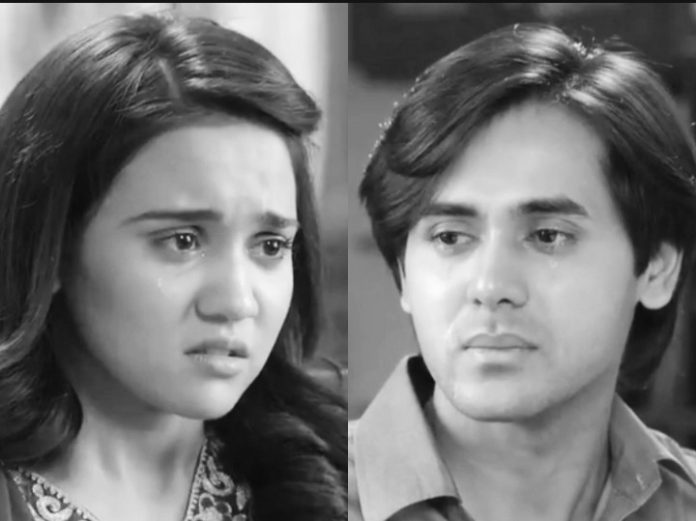 Yeh Un Dinon Rakesh funeral drama. Bela starts differentiating between Naina and Preeti when the latter’s alliance doesn’t happen due to Naina and Sameer’s alliance. She gets upset with Naina. Anand, Naina and Preeti realize her displeasure when she taunts Naina. She fears Preeti will be left alone without marriage as Tai ji has predicted. Anand asks her what does she want? Bela says she doesn’t want Naina and Sameer’s marriage to happen. Anand is shocked and confronts her for wishing bad for Naina. Bela tells her about society not accepting their relation with Maheshwaris and how Preeti faced rejection from Agarwals. She tells about Tai ji’s words.

Naina could feel the storm growing in Bela’s heart and feels bad. Munna’s father asks Sameer to leave from his house. Sameer says he will go in the morning, but Munna’s father asks him to leave it now itself. Munna feels helpless. Sameer understands his helplessness. He doesn’t know that Kamlesh Mama asked Munna’s father to kick him out and wants to ruin him. Mama is showing his true colors along with his wife and has snatched his house and aims at the factory.

Sameer and Naina meet secretly and have sweet moments. They stay lost in each other’s company. Bua makes Naina perform some rituals for her prosperity. Naina is happy that the entire family is with her. Bua explains the ritual’s significance. Bua tells Naina that after this ritual, the marriage will happen on the fixed date, even if there is any incident happening in between. Preeti says its a good ritual, since it has made the marriage very certain. She congratulates Naina.

Naina hears Rakesh shouting and goes to see the matter. Everyone rushes and receives a shock seeing a funeral. Rakesh gets angered with Sameer’s mistake to mention his name as Late Rakesh on the wedding invite. He creates a big scene. He prepares his own funeral and lies down on it. A big hurdle comes in Naina and Sameer’s marriage. There is a storm in Naina’s family. The family is much worried. Anand and Bela try to stop Rakesh. Naina cries seeing her dad’s funeral.

Rakesh asks Naina if she wants him to die so that she can go ahead and marry Sameer. He gets angry on Naina. Naina wants everyone to agree for the marriage heartily. Naina’s father is the one who always adds much drama in the marriage functions. Rakesh tells Anand that he is now dead for Naina. Bua asks Rakesh not to act mad. Rakesh tells them that Sameer has done this with him, they should ask Sameer about it. He shows the invitation card to Anand. Anand reads Late Rakesh Agarwal and learns the reason for Rakesh’s anger.

He asks Rakesh not to create chaos in Naina’s marriage. Rakesh blames Sameer for breaking his trust again. Sameer calls up Naina for a meet at the cafe. Naina hides the family tensions from him, knowing he isn’t at any fault. Sameer pulls her leg and keeps his romantic demands. Naina asks him not to trouble her. Sameer stops her from leaving. They share a romantic moment.