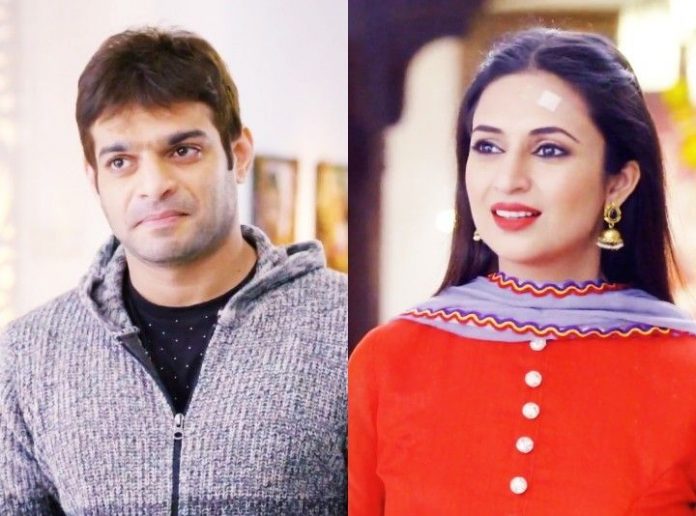 Yeh Hai Mohabbatein Shocking twist. Sudha plays evil again and spikes the sweets for Raman. She wants Raman to create a scene in the Republic day function. Rohan falls in Sudha’s evil ploy and accepts the sweets from her. He didn’t know his mum is upto something wrong again. Rohan unknowingly feeds the sweets to Raman. Sudha is happy that Raman has eaten the sweets and now he will lose his senses. Raman gets intoxicated and imagines Parmeet instead the minister. Raman salutes the flag during the hoisting ceremony. He starts feeling unwell. He gets angry seeing Parmeet smiling. He catches the health minister and threatens to kill him. Minister’s security and policemen try to stop Raman. The media covers this news.

Ishita gets to see the shocking drama on the news and worries for Raman’s big mistake. She wonders why is Raman doing this. Bala takes Ishita to the function venue to stop Raman. Their car breaks down on the way. Yug happens to meet them and gives lift to Ishita to make her reach Raman on time. Ishita reaches the venue and rushes to stop Raman. He asks Raman what is he doing, what’s wrong. She finds him stumbling and understands some foul play.

Raman threatens to kill the minister and calls him Parmeet. Ishita explains him that minister isn’t Parmeet. She tries hard to stop him. When Raman doesn’t listen to her, she asks him to kill her first. She makes him point the gun at her forehead. Raman couldn’t see her. He then sees Sudha in her and loads the gun to shoot her. Ishita gets scared and closes eyes. She can lose her life to stop her husband from committing a crime. She cries to bring Raman to senses. Raman drops the gun and faints down. Ishita worriedly rushes Raman to the hospital. She apologizes to the minister. Raman gets saved from committing a big crime of murdering the minister. Sudha’s plan fails because of Ishita’s timely reach.